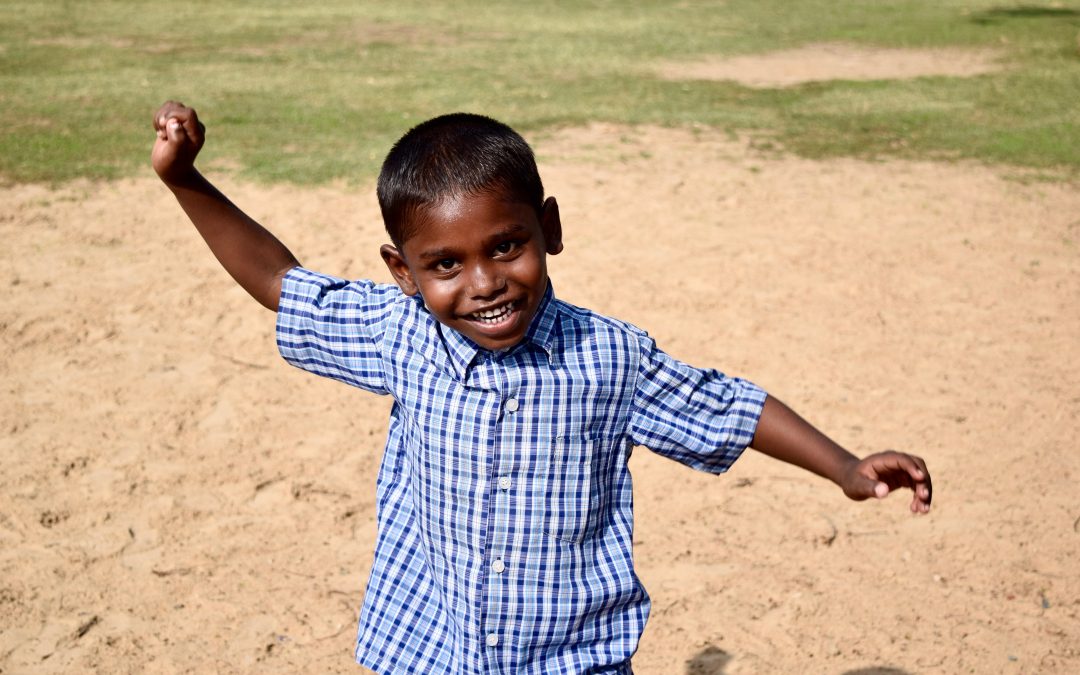 Following our daily colony visits, RSO’s mobile medical clinic returned every afternoon to the Rising Star campus where their main medical office is located. The visits to the campus allowed me to experience (and fall head-over-heels for) another aspect of Rising Star’s approach to long-term change for the leprosy-affected: the Peery School for Matriculation. This Kindergarten to Grade 12 boarding school, a.k.a. the Peery School for Rising Stars, allows children from the leprosy colonies supported by RSO unprecedented access to high quality, supportive academic education. This education is what will shape their futures and truly help them to rise out of poverty, discrimination and social isolation. The whole school is absolutely bursting at the seams with the liveliness, joy and enthusiasm of its students and I miss it with my whole heart:

The creation of a school at RSO was neccessary because stigma and discrimination, combined with abject poverty and an inability to pay school fees, has long kept children of the leprosy-affected (even if the children themselves don’t have leprosy) out of government schools. This year is actually only the 2nd year in which the Peery School has been able to offer Grades 11 and 12, and this is a good example of just how dire the situation was beforehand. Prior to last year, students who finished Grade 10 at the Peery School were supposed to go on to government schools and RSO would pay their school fees. This proved, however, to be nearly impossible. The headmaster at the local government school claimed that if he accepted children from leprosy-backgrounds, wealthy parents at the school would take their children elsewhere and that this would cripple the school’s finances and reputation. THEN, when RSO tried another avenue and attempted to establish their own 11th and 12th Grades, the government education department demanded staggering bribes – again showcasing the poisonous attitude and immense resistance towards allowing leprosy-background children to become educated. It simultaneously makes me sick to my stomach and brings tears to my eyes to think of what these innocent, glowing faces are up against: 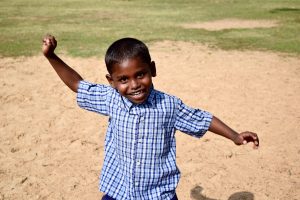 But yet, there is hope. I got blasted with huge doses of it (hope, that is) as I looked around and realized everything the Peery School at Rising Star has achieved so far. That these students are being educated in English, with Tamil and Hindu classes so that they might one day have access to jobs all over India and the world. That high school students receive training from St. John’s Ambulance to become advocates for health in their own communities and wherever they go. That all of the school’s students go on to post-secondary education, with the majority (apparently) aspiring to go on and become engineers and doctors.** Doctors who, educated at RSO, will know and compassionately understand the reality of leprosy, allowing them to tackle both the disease and the stigma and bring an end to this heart-wrenching public health dilemma. Hope.
**Side note: This science bias, apparently, comes from a rather unfortunate situation in India in which there are disproportionately more jobs and opportunities in the sciences than in the humanities. The school’s principal told me it would be almost impossible for the children from the Peery school to pursue a career in the arts, so their parents and communities often encourage them to study the sciences in order to have a more secure, sustainable future. This is not at all ideal or fair and I could write a lot more about the importance of the arts and humanities and all my passion for them, but let’s tackle one unfair topic at a time here, folks. Let’s focus for now on how WONDERFUL it is that these students have access to university education at all, growing up in a system that is so relentlessly against them!
So, back to hope. Hope like the brother and sister duo, who graduated from the Peery School, that are now being supported by RSO through a PhD in Computer Science and a BSc in Nursing, respectively. Hope like a changing situation in which women and low-caste Indians are receiving government support in higher education and where specific places are being reserved for them in various institutions. Hope like imagining these kiddos could one day wind up in those institutions and change their own country from within, as their own advocates: 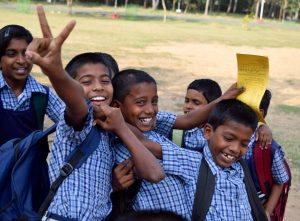 Students live at the school because of the remote and wide-spread distribution of the colonies. However, there has actually been some recent integration of children from the nearby community into the school, with priority given to children living below the poverty line. The boarding students live in hostels, one for girls and one for boys, with live-in hostel mothers to support and care for them. This results in a bit of an “emotional famine,” as the managing director called it, with such young children living away from home and missing out on the one-on-one love a parent can offer a child.  So, it was often nice on my free time in the evenings to go out and play with these youngsters, offering as many of them as I could a rare slice of someone’s full attention:
With that said, there is a LOT more than academics going on at this school to give students a well-rounded, wholesome experience.
One of my absolute favourite afternoons, for example, was spent observing the 2-hour-long classical Indian dance classes that are held daily to allow interested students to learn the dance of their cultural heritage and, in the process, exercise their minds and bodies (this dance is complex and strenuous, let me tell ya!!):
Classical music classes are also offered after school AND a ridiculously amazing Life Skills class that I had the joy of visiting, in which students can learn how to use sewing machines and all sorts of other simple tools to make gorgeous crafts. They are being taught to sell what they make in a small-scale business, altogether fostering their creativity, practical skills and entrepreneurial spirit. Through this awesome combo of art therapy and extracurricular learning, we can expect no more begging for these gals!

To further unravel the mentality of begging among the leprosy-affected and the habit of being recipients of aid instead of productive citizens, the students of the Peery School get all of their special treats and fun stuff – including gifts from their RSO sponsors – by earning them at the Star Store. This is a small store set up behind their hostel where items “for sale” can be purchased using ‘stars’ that students earn for good behaviour and accumulate. The inspiration behind the store was an incident in which a student from the school intentionally broke a crayon, but assured his teacher: “Don’t worry, the Americans will send us more.” This sparked an acknowledgment amongst the staff and management that “nothing given for free has any value,” and that students need to learn early on how to work for things they want and model this throughout their lives.

Then, there’s my ULTIMATE FAVE: LifeDance. Through a collaboration with Promethean Spark International, an insanely inspiring organization that aims to teach life skills through dance to youth worldwide, students up until Grade 10 at the Peery School get dance classes as part of their school curriculum. Especially keen students can join LifeDance, an audition-based performance dance group that rehearses every day after school. Several times while at Rising Star I got the chance to join in on their classes and experience first hand how dance (one of my personal truest loves – if you know me well, then you’ll know) so flawlessly empowers and inspires these kids. It encourages them to push themselves, express themselves, stretch their limbs and their limits, be creative, collaborative, uninhibited, bold, passionate, engaged and confident. I really don’t have the words for how spectacular I find this art/advocacy combo and its ability to give a meaningful voice to a marginalized group of people who, for so long, have not been allowed one. So, in place of words, you’d better watch this video of the kids busting their moves (Skip to 12:20!!):
I have all the love in the world for these students and the people who have invested their time and talents in making this possible for them. We simply can’t afford to ever underestimate the power of the arts in social change, OR education, for that matter. Can you see now why I’m so ridiculously enamoured with this school??
This post first appeared on the
https://juliaonajourneyblog.wordpress.com/2017/02/