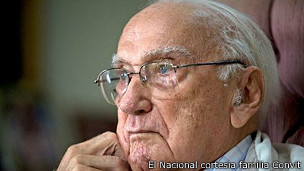 Venezuelan scientist and doctor Jacinto Convit, renowned for developing a vaccine against leprosy, has died at the age of 100.
His family said the centenarian had dedicated his life to humanity via medicine.
Convit also discovered a vaccine against the tropical skin disease leishmaniasis.
He won many awards, including France’s Legion of Honour, but missed out on the 1988 Nobel Prize for Medicine.
Dr Barry Bloom, who collaborated with Dr Convit for 15 years, recalls his dedication to his work: “Dr Convit was a very special person. He was first and foremost a physician in the best sense – he knew his patients by name. And after a lifetime of work I think he still knew every patient he ever met. 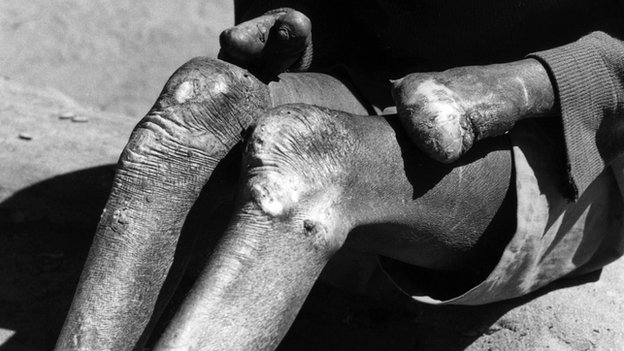 “He had a passion to deal with two of the most stigmatized diseases in the world – leprosy and a parasite called leishmaniasis. And he devoted his life to finding ways to improve the health of people who, for much of the world and much of the world of science, had been forgotten.”
In his later years, Convit worked on finding a cure for cancer.
Born in 1913 of a Spanish immigrant family and educated at a university in Caracas, Convit was moved by the stigmatization of leprosy patients and worked with them in the marginalized outskirts of the city as well as remote jungle areas.
Convit combined existing tuberculosis treatment and a bacteria found in armadillos to design a new vaccination against leprosy.
But scientists are still working to perfect a vaccine that could help eradicate leprosy for good.
Untreated, the disease, caused by a bacterium transmitted through coughs and sneezes, can render progressive and permanent damage to the skin, nerves, limbs and eyes.
The global prevalence of leprosy has decreased considerably in recent years – the World Health Organization (WHO) target of reducing leprosy to less than one case per 10,000 people globally was met in 2000.