A Story from Shyam Advani

It’s our 10 year anniversary of being an NGO in India, and we wanted to take this opportunity to ask Shyam Advani, one of our first general managers, to share a bit about his time with us. His words are as follows:
After my wife, Elaine, and I had retired as long-term missionaries for the Church of Jesus Christ of Latter Day Saints, we decided that we wanted to serve as volunteers somewhere else. We saw an article in The Church News about an organization in India that was working with leprosy-affected people and was looking for volunteers. Since I am originally from India, Elaine thought this would be a perfect place for us to serve. We were somewhat concerned about how contagious leprosy is since it is such a debilitating disease and if we would be exposed or would bring it to our family. Those thoughts, however, lasted only for a moment. We were able to contact Becky Douglas, who was the president of Rising Star Outreach at the time, and arranged to go with Rising Star to India in late October of 2004. 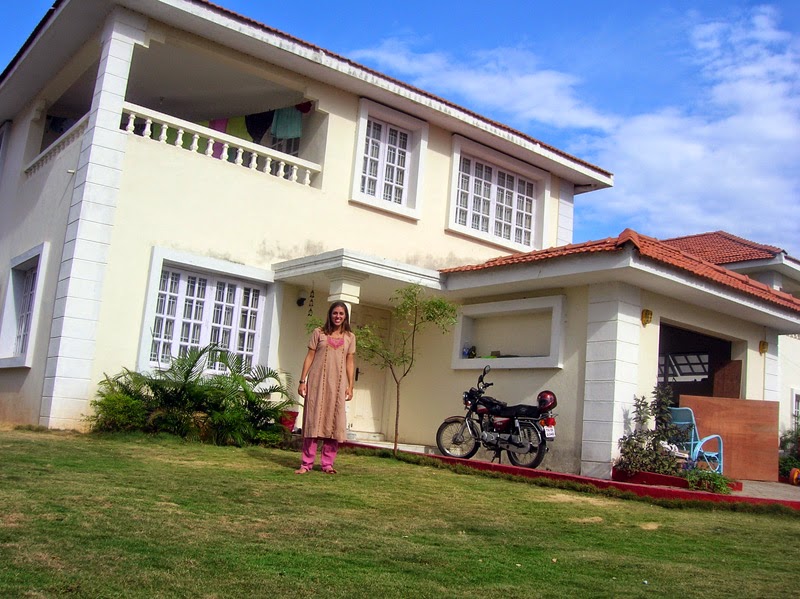 Upon our arrival in Chennai, we were taken to the volunteer housing. There were a couple of single volunteers who were serving as well as another couple, Veldon and DeAnn, who were serving as managers. Veldon and DeAnn had served in India as our Church missionaries and had started with Rising Star after only a couple of months at home. They worked tirelessly for six months and were getting homesick for the family and wanted to be released. They left for home about the middle of December.

Before they left Veldon and I were working to find bigger place for the schooling and residence for the youth. There were about thirty children at the school, and the facility was getting pretty crowded. We looked at a number of places, but none of them matched our requirements. This search was taken on completely by me once Veldon and DeAnn left, as Becky asked Elaine and me if we would be willing to take on the responsibilities as managers. 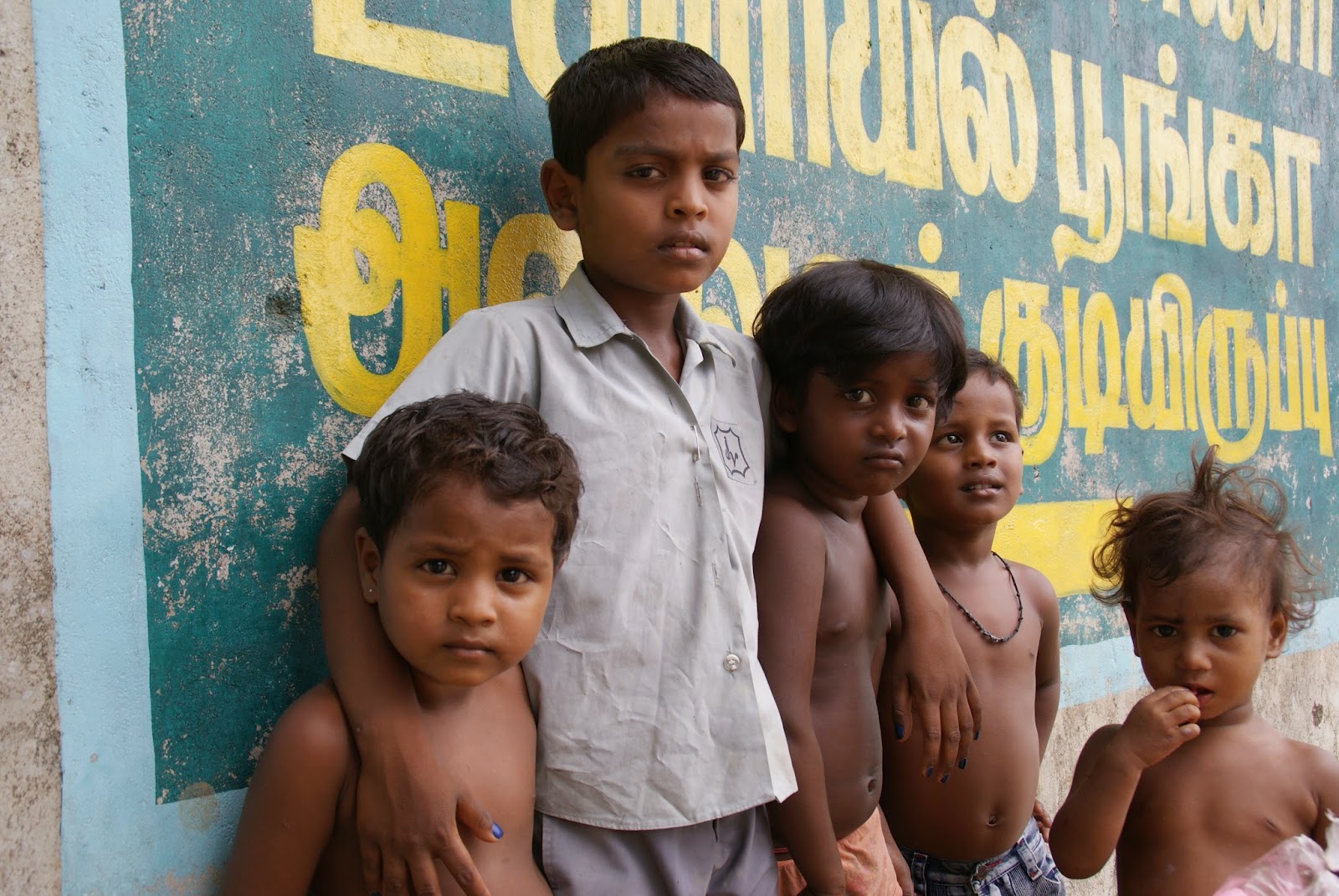 We were managers for only about 10 days when the whole program changed drastically. India’s east coast was hit by huge Tsunami, and we were in great position to assist the people who were affected by the flooding, who had lost lives, livelihood and a place to rest their heads. Becky immediately asked for donations from corporations and individuals with big hearts to help. She called us in in India to let us know that we had more than $50,000 to buy whatever was needed to assist the survivors with their immediate needs. In this we were  assisted by Padma Venkataraman, a wonderful woman. Padma, Elaine, the few volunteers and I immediately started to visit the fisherman’s villages that had been hit hard. Most of them had lost family members, boats, fishing nets, all their beddings and clothes. 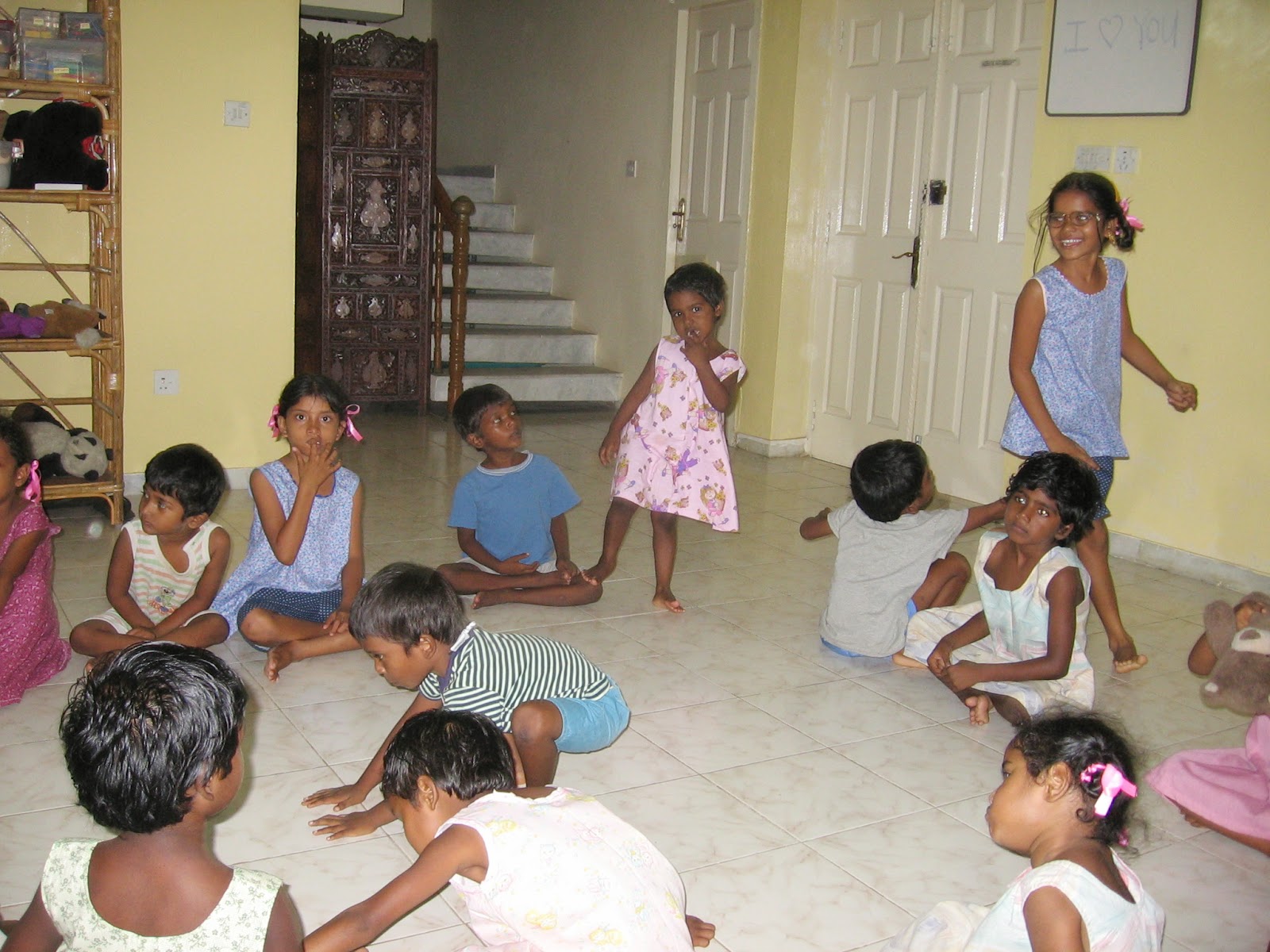 Some of the villages were completely cut off by the sea water standing for a week or more. Our apartment and a school were spared because we were about  a 1 Km away from the sea. However the kids and the staff were so scared and had all gone inland to Chengalpet or their homes. This in turn enabled us to help without worrying about the kids.  We were able to determine the needs of about ten villages. This involved a lot of travel since the villages were spread out. We were able to get the food and clothing to them within a couple of days. The boat repairs and purchase of new nets took about six weeks.  Our reward for our work was to see the fishermen bring their catch and put the fish at our feet as a sign that they were in business again.
The tragedy of lost lives will never leave them, but the pride and joy they had on their faces indicated that they were on the road to recovery.

The children and the staff returned to school a week later, just as normalcy returned to our lives. Since then my wife passed away in 2007 and I have returned to school at their new location every year except one and volunteered for 3 weeks to 4 months each time. I just love these children and wish that you would take the opportunity to serve there and feel their love and appreciation for you. A few of these children have graduated and gone on to bigger and better things. The campus keeps getting bigger and better and is waiting for volunteers to come and feel blessed.
With all my love for these kids I close,
Shyam Advani