Hadley Evans is a Southern California Native currently living in Provo, Utah. She took her first photography class her junior year of high school, and hasn’t put down her camera since. Hadley has been inspired by the people around her since she was young, and has applied that inspiration in to her photographs. Growing up in California she was constantly surrounded by different fashion trends and was influenced in her photographs by the different styles people would choose to wear and the different locations you could spot funky outfits.  One summer Hadley also visited India and realized she wanted to use her love of photography to help people in whatever ways possible. She believes it is important to continue to look for inspiration in people, places, and clothing to continue her growth in the photographic world. 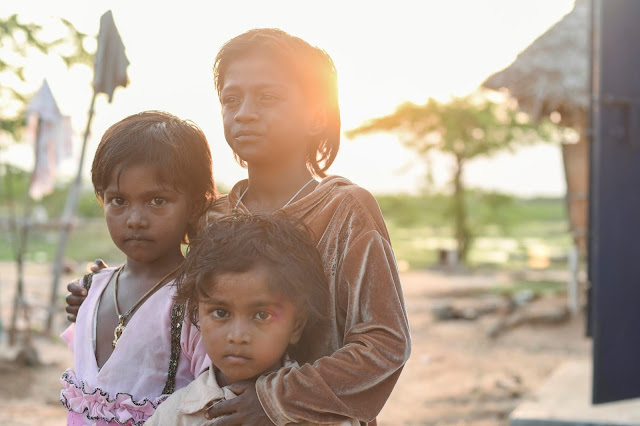 I took this photo one weekend in Trichy. We were brought to this colony so we could meet the people that lived there and play with the children. This place was a shock to me and the volunteers because it was one of the dirtier colonies that we had seen. Their living conditions weren’t as great as some others we’ve been to that Rising Star has been working with for a longer period of time. At the same time, for me I saw such a beauty in this place and the people. This is three of the five siblings pictured here, they had told me their parents were away working for the day. It was amazing to see how not only the older siblings looked after the younger ones, but how everyone in the colony treated these kids as if they were there own. This was one of those raw, emotional, and perfect moments. 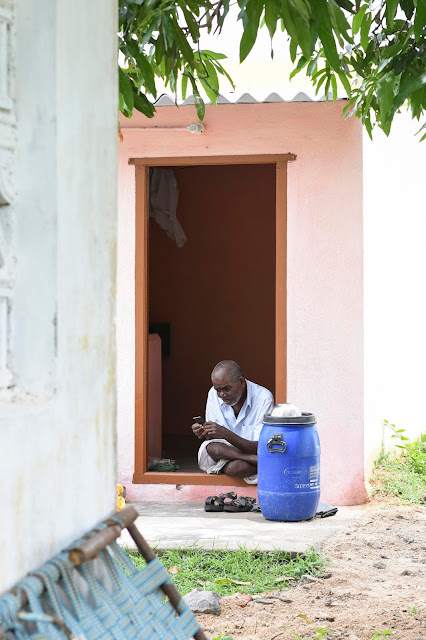 I had gone to India with Rising Star Outreach two summers ago as a volunteer. I brought my digital camera around with me everywhere. So many people in the colonies would ask me to take their photos and I had always wished i had a way to give it to them. This time around I had brought a small Fujifilm polaroid camera and I was able to hand out photos to people instantly! I would usually take a photo of them on my digital camera first then ask them if i could take another with my other camera. Being the wonderfully patient people they are they always said it was fine, not knowing I would be giving them a photo. I would snap the photo, pull out the film and hold it infront of them. They would watch confused as they looked at a white surface, most would smile, bobble their head and thank me, then start to walk away! I always had to stop them and make them wait for what was going to happen next. Soon enough their photo would appear and they would get the biggest smiles. When I gave this sweet man in this photo his polaroid he just smiled and stared at it, and thanked me. When I walked away and looked back he was still staring at it and that touched my heart knowing that, the polaroid would be something he holds on to. 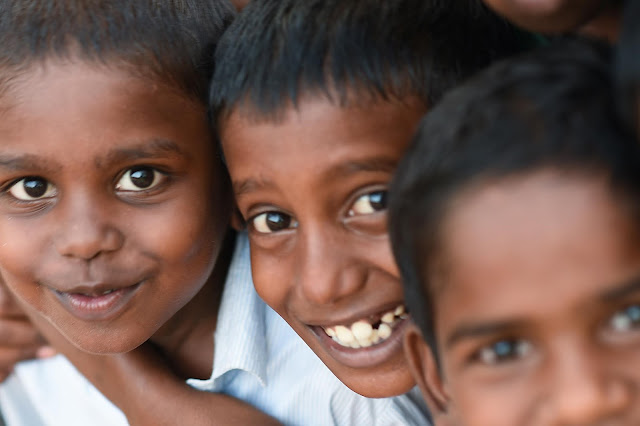 This photo makes my top favorites simply because it makes me happy. I shot this with a  shallow depth of field, allowing their to be a substantial amount of “blur.”
I love the depth and movement that it gives it. I shot this at my very first playtime that i went out to, getting bombarded by kid I chose to take a tight shot out of the ten kids all fighting to get in front of the camera. Since i just shot this outside there is a nice catch light in their eyes that give them that twinkle in their eye. I love these kids and they challenged me to constantly to find new ways to take photos of them. 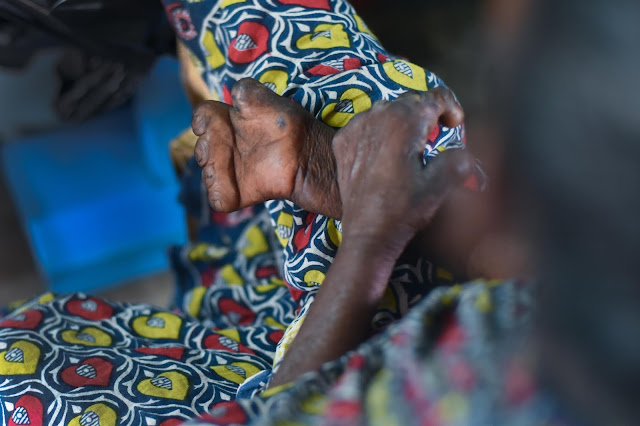 I sat and held this ladies hand as she waited to go through the medical rotation. She didn’t really speak english and I don’t speak Tamil, but there was a love felt just from smiling and holding hands that words can’t portray. I wanted to be able to show the deformities that Leprosy causes but at the same time the beauty of it. This is what I hope this photo shows. Sometimes we just need to look at things from a different perspective and it will make us take a second to think and change our outlook. 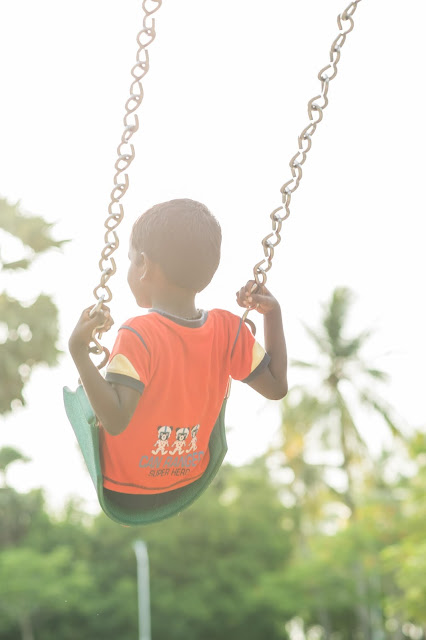 I can’t tell you how many times I have been brought over to the swings by the younger kids. The whole time they are yelling, “faster aunty, faster.” watching them on the swings is one time when you can just see their pure joy. I let this be a high key photo because i think it helps portray the lightness and dream like feeling you feel as a kid while swinging to great heights.
Hadley can be found at:
Instagram: @hadley_chanel
Website: hadleyevans.com