Greetings and happy July to all from Tamil Nadu! This is Erin Moore, the Summer Volunteer Director at Rising Star Outreach of India. The month of June saw some unseasonably beautiful weather as well as the start of the summer volunteer season, and we’re excited for the months ahead. Last week we said goodbye to our first official group of the summer. Known internationally as the Park City 5, this special youth group and their leaders brought a joyful love of service which touched the lives of our children at the school, the patients in the leprosy colonies, and many others. 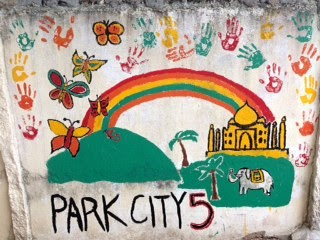 The Park City 5 session mural, painted behind the Elephant House. The butterflies represent the five children honored by the group’s service. 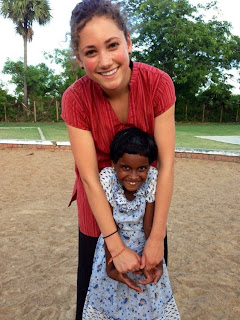 In honor of five young people who tragically lost their lives, the leaders of the Park City 5 have turned the loss of their children into something beautiful. Their trip to India marked the 5th and final journey of the Park City 5, and we were humbled to be their hosts. Ten days flew by all too quickly as the group put their heart and soul into service with the students, the leprosy patients, and the colonies, where the volunteers built much needed bathrooms .

Volunteers’ afternoons and evenings are spent with the children, including a special time in the children’s hostels known as “Prayer Time.” Each evening, the hostels get a visit from a different volunteer who shares stories, songs, and lessons intended to build good character. It is also a meaningful time when volunteers grow closer with the children and get to know them in a peaceful, calm environment. The PC5 leaders used Prayer Time to help the Rising Star students understand the origins of their group. They took time to share photos and stories about each of the five children, honoring their lives and explaining the circumstances which brought about their untimely deaths. This is my sixth month in India—I’ve been present for many Prayer Times—and I can honestly say I have never seen the children so attentive and focused as they were during those evenings. Photos of the five lost children were passed around the room with great tenderness and care. Innocent questions were asked quietly, as young minds behind big eyes tried to understand the complexity of the situation. At the end of each Prayer Time, the children earnestly agreed to remember the PC5 group and their loved ones, accepting gifts of soccer balls in their honor.
﻿﻿ 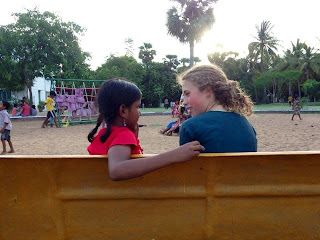 We are continually grateful to the good people who sacrifice their time and money to join us in this work. Getting to the other side of the world is no easy task, and the daily challenges faced by our volunteers test their physical and emotional limits, especially under the hot Indian sun. But without those who willingly make the journey and embrace the experience, we could not accomplish our goal to lift India’s lowest people. On behalf of all of us in India, to our supporters past, present, and future, we say “Nandri.” Cheers, and happy summer! 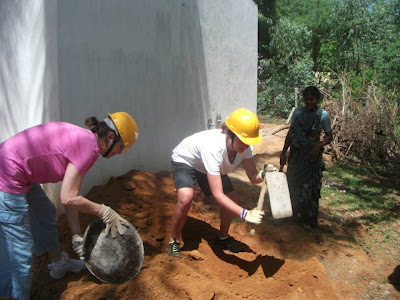 On Construction building toilets in Barathapuram.﻿ 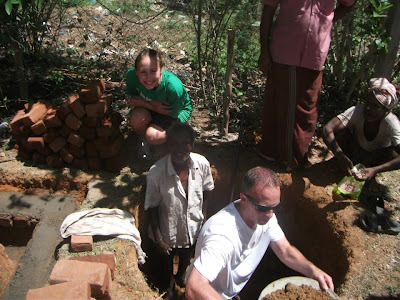