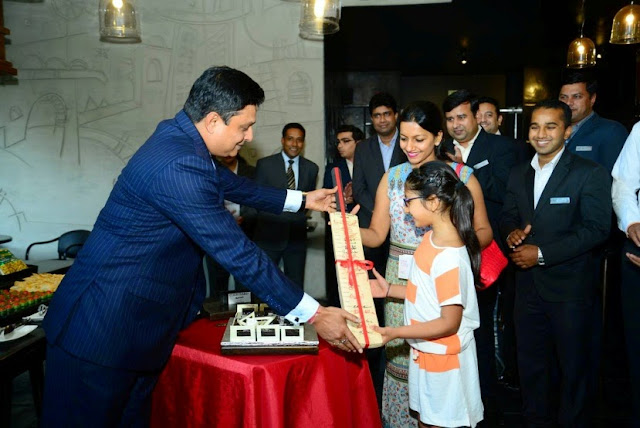 Our friends at the Courtyard Marriott in Ahmedabad, India recently auctioned off a collector’s edition cricket bat to help serve those affected by leprosy by donating proceeds to Rising Star Outreach. The following is an excerpt from the official Marketwired Press Release:

The cricket bat, signed by the renowned international cricketers, including Rahul Dravid, Shane Watson, Steve Smith and James Faulkner, was won by Mrs. Aparna Garg. The signed bat was presented to Garg and her family at a high tea at the Satellite Road hotel. Her win is also a win for Rising Star Outreach, a US-based nonprofit organization that focuses on helping India’s leprosy communities.

“Courtyard by Marriott is committed to achieving excellence, not only in hospitality and surpassing guest delight, but also in increasing its outreach to support community-based issues and their solutions,” Gaurav Singh, General Manager of the Ahmedabad luxury hotel, says. “We have been actively involved in raising funds for the Rising Star Outreach, which supports the Marriott Home based out of Chennai.”
Marriott Home is one of the pioneering efforts of Rising Star Outreach, which rented a small house in April 2004. The house became home to 27 children from surrounding leprosy colonies, and was the start of the organization’s success with helping India’s leprosy communities. Marriott Home can now accommodate nearly 400 children, who learn English, computer skills and other subjects at an onsite school. This is just part of helping the children reach the organization’s goal: to see a day when those affected by leprosy are no longer consigned to begging on the streets, but can instead enjoy a life of dignity and productivity.