Reaching Out to Serve in the Leprosy Colonies of India – Order of St. Lazarus

From The Order of St. Lazarus Featured Newsletter Article

Spotlight on a GPA Charitable Outreach Program
Rising Star Outreach – India
While visiting India in 2000, Atlanta’s Becky Douglas observed a depth of suffering that was palpable.  She witnessed human beings in deplorable conditions.  Worst of all were the Leprosy beggars who would approach her at every stop begging for help.  Those afflicted with Leprosy in India must often spend their lives completely isolated from society.  They, and members of their families, sometimes find it impossible to marry, receive education or find work, and are forced into “Leprosy Colonies”.  In India, there are over 700 Leprosy Colonies where the stigma of leprosy is inevitably perpetrated.
When Becky returned to The States, she was so haunted by the suffering she had seen, she knew that she had to do something to help.  She called four close friends, and around Becky’s kitchen table, Rising Stat Outreach was formed.  In March 2002, it was incorporated and received its 501(c)(3) tax-free status.  The mission of Rising Star is to help the Leprosy Colonies in India become thriving, self-sufficient communities.  They are accomplishing this through providing medical care through mobile medical clinics, providing economic rehabilitation through micro-grants, and providing educational opportunities for children in the colonies so they can become productive citizens of India. 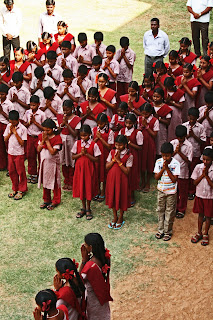 Equally important to Rising Star’s educational mission, is its medical mission.  Thanks to the Order of St. Lazarus, Rising Star has a fully equipped medical van, staffed with doctors and nurses, who are able to travel daily to the Leprosy Colonies near and far from the Rising Star campus to help care for those suffering from the effects of leprosy.  On a monthly basis, the Rising Star medical team treats more than 500 patients in 10 Leprosy Colonies and hundreds more patients on a quarterly basis, who are further away from the Rising Star campus.  Routine medical care provided includes medicine, bandages, self-care wound training, and weekly patient trips to regional hospitals for amputations and other surgical procedures. 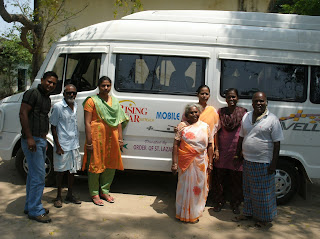 As a result of the Order of St. Lazarus’ generous donations, Rising Star Outreach has been able to purchase a new medical van, much needed medical equipment, medicines and vaccinations, and, as a result, attract highly qualified doctors and nurses for its medical clinic and mobile medical van services.  As stated by Steele Hendershot, the COO of Rising Star Outreach, “If it wasn’t for the Order of St. Lazarus, the medical care in the Leprosy Colonies of India would be nowhere near what it is today!”

First supported by the Commandery of the Southeast, Rising Star Outreach is now one of the charitable organizations that the Grand Priory of America supports.  As we approach the time for the Pentecostal Appeal, we need to remember Rising Star Outreach and the wonderful work it is doing in India and recall our oath when we joined the Order, “I will serve”, and give generously.  It is only through the donations we, as members of the Order, provide during the Pentecostal Appeal that allows the Order to make donations to Rising Star Outreach as well as the other charitable organizations the Order supports in the U.S. and globally.