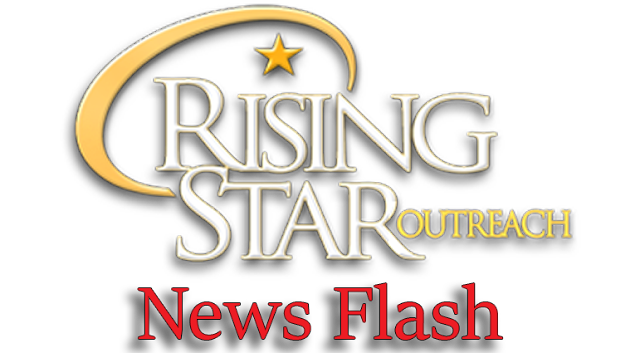 As many of you know, India has cancelled licenses of many charities over the past two years. The government closely investigated all charities that were up for the renewal of their FCRA license (the license to bring in foreign funding for charitable purposes) to make sure they were in compliance with the many, many regulations governing charities. FCRA licenses must be renewed every five years and last year our license was due for renewal.

Rising Star Outreach has always worked hard to be in complete compliance with all government regulations. As difficult as these many regulations sometimes seem, we understand it is necessary for the Indian government to ensure that the charity sector is free from corruption and misuse of funds. This current government has been working hard to make sure that this industry is cleaned up.

Not a single charity up for renewal last year received it by the original deadline; in order to have more time for investigations and evaluations, the government extended the deadline by six months. The New York Times reported that more than ten thousand charities requesting renewal were denied. There were only a few thousand remaining. We were one of the charities remaining, hoping to receive the coveted renewal.

There was some fear that no charities would receive a renewal of their FCRA license. Finally, this week, the Indian government began to issue a few renewals and Rising Star Outreach received ours for the next five years. Praise God!

Over the past (nearly) two years of this process, there have been many prayers – both in America and in India -on behalf of our organization and all the children, families, communities, and patients whom we serve.

We are especially grateful to God for protecting Rising Star Outreach and for the bestowal of this great blessing, which enables us to continue serving the leprosy affected and providing them with opportunities to lift themselves and their families.

We want to thank all of our supporters who have united their faith with ours in praying for this renewal. We are very blessed to have adherents of many different religious traditions who donate to and support our work. Thanks to each of you! And most of all, thanks be to God!