August 15th was Independence Day here in India, celebrating 67 years of independence from the British Empire. The students practiced for many days marching round and round the track under the hot sun so they could perform well for their Independence Day program. 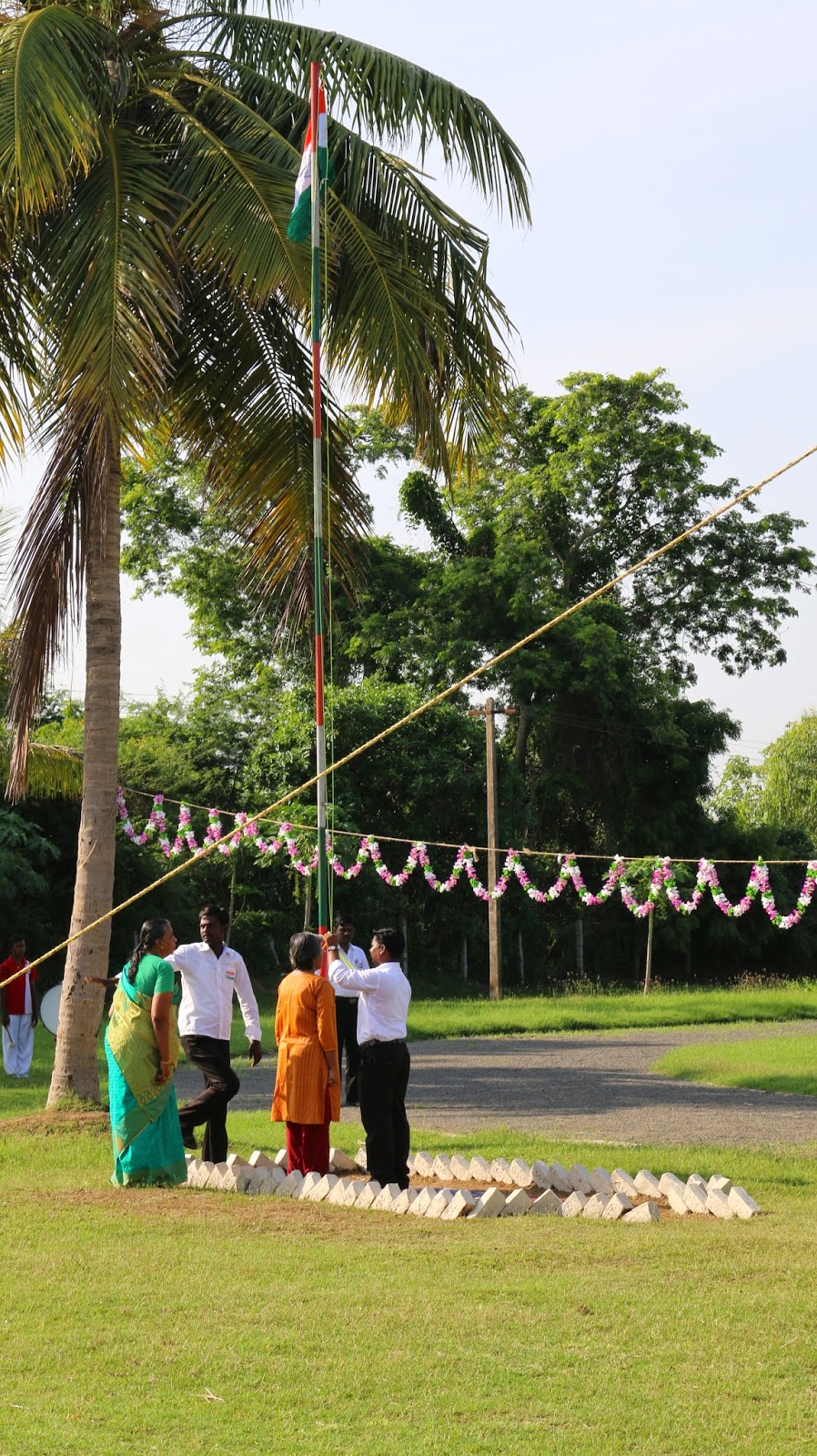 On the morning of Independence Day as teachers, housemothers, and volunteers came out for the festivities, each person was given a small Indian flag to pin on their shirt. There were two beautiful rangolies decorating the school grounds near the flagpole.
Each “house”–Emerald, Sapphire, Topaz, and Ruby–marched around the track in time to a steady drum beat provided by Vimal (10th Standard). 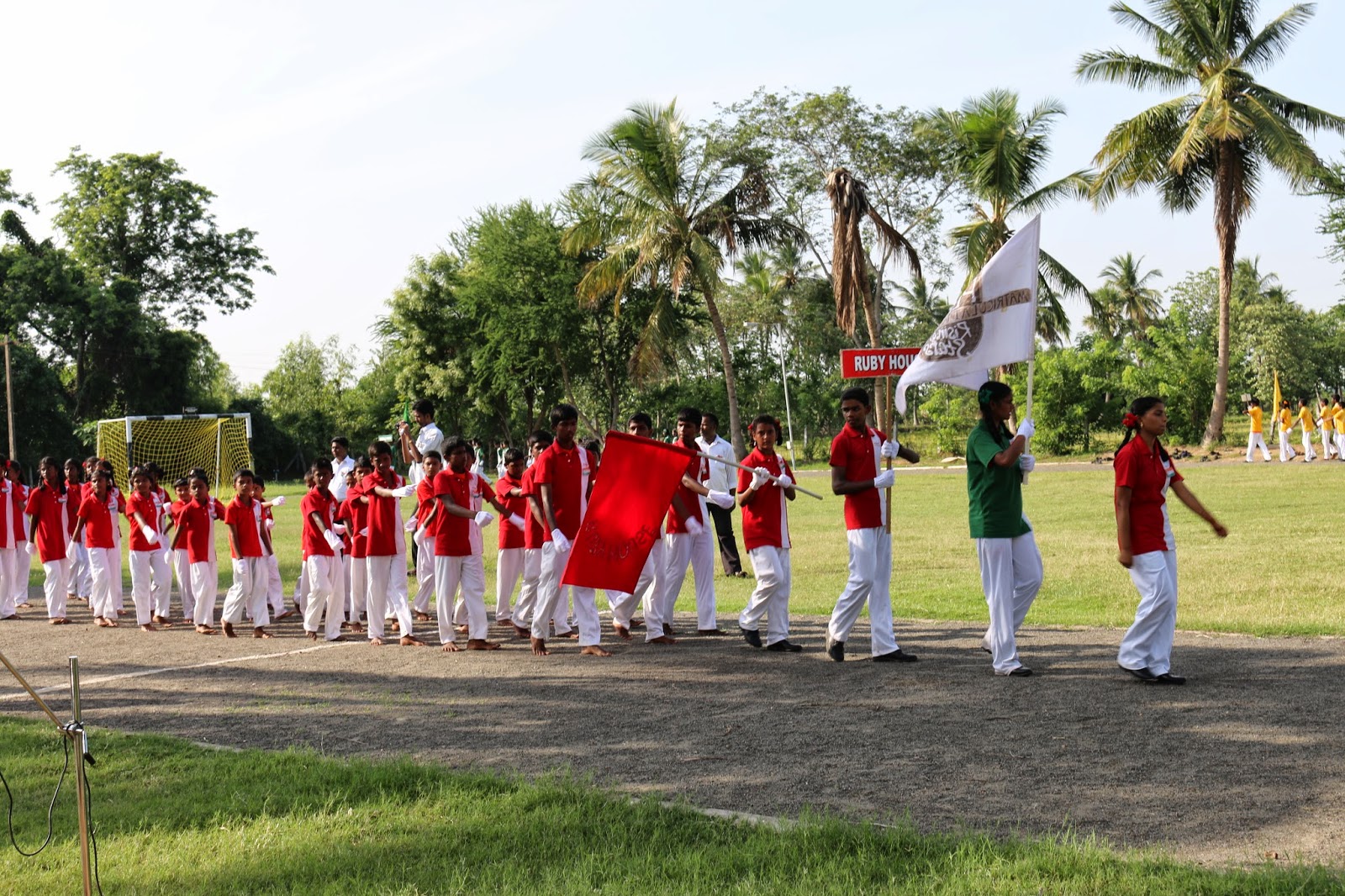 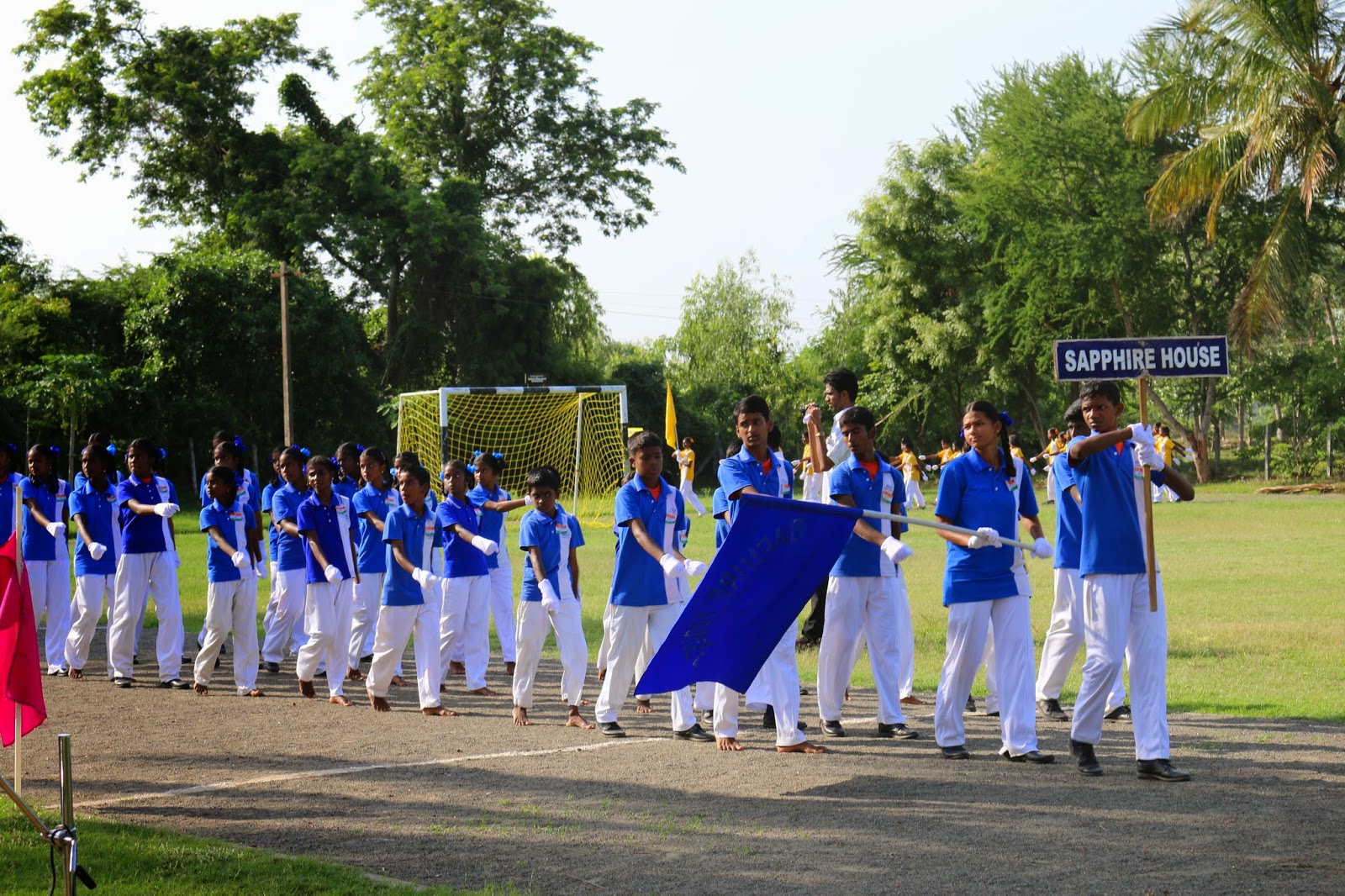 Then there was a drill done by each house and multiple pyramids by boys and girls groups. Some of these were quite thrilling to watch and we all held our breaths until it was complete. We are glad to say that no one was hurt! Phew! 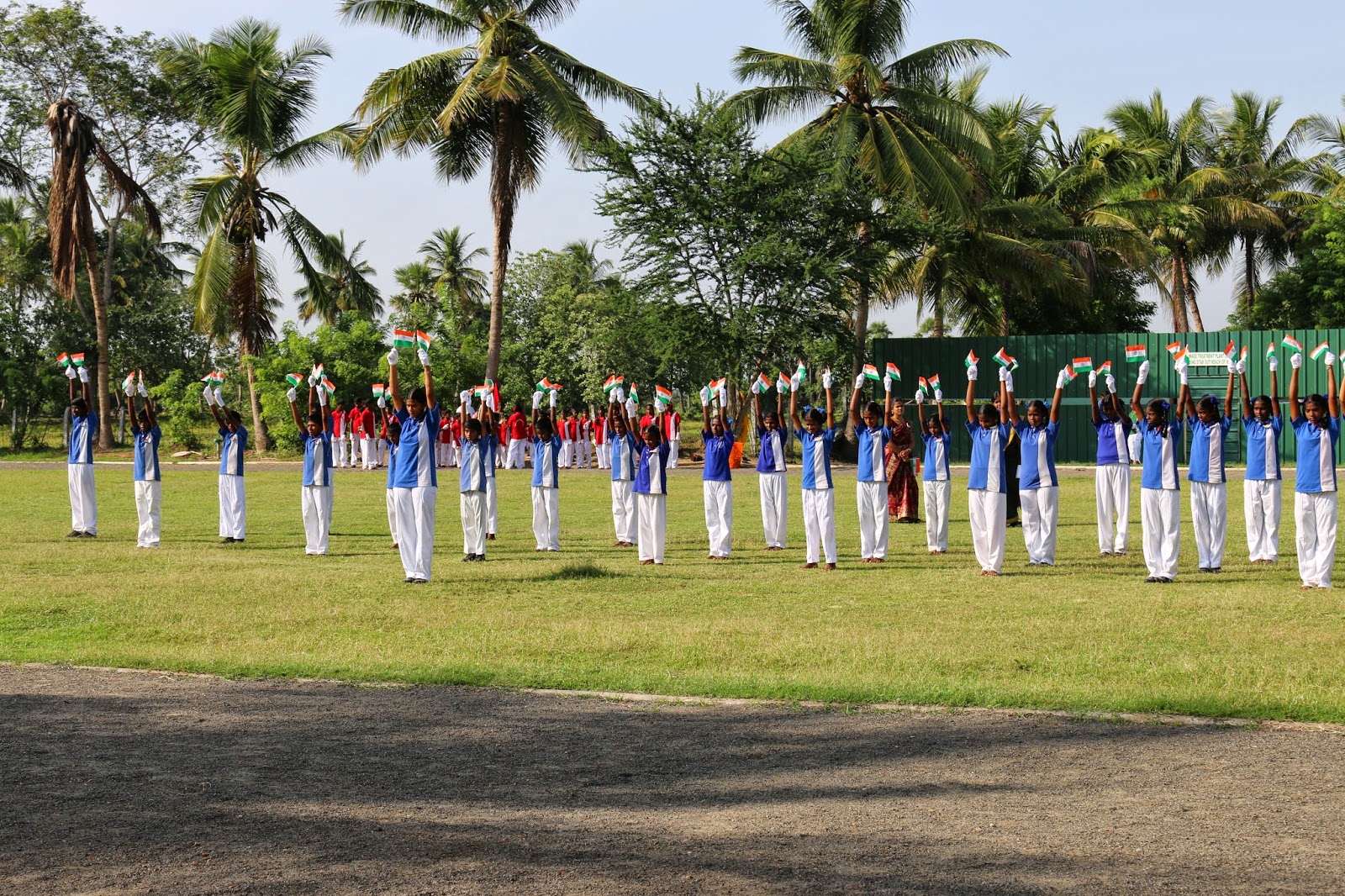 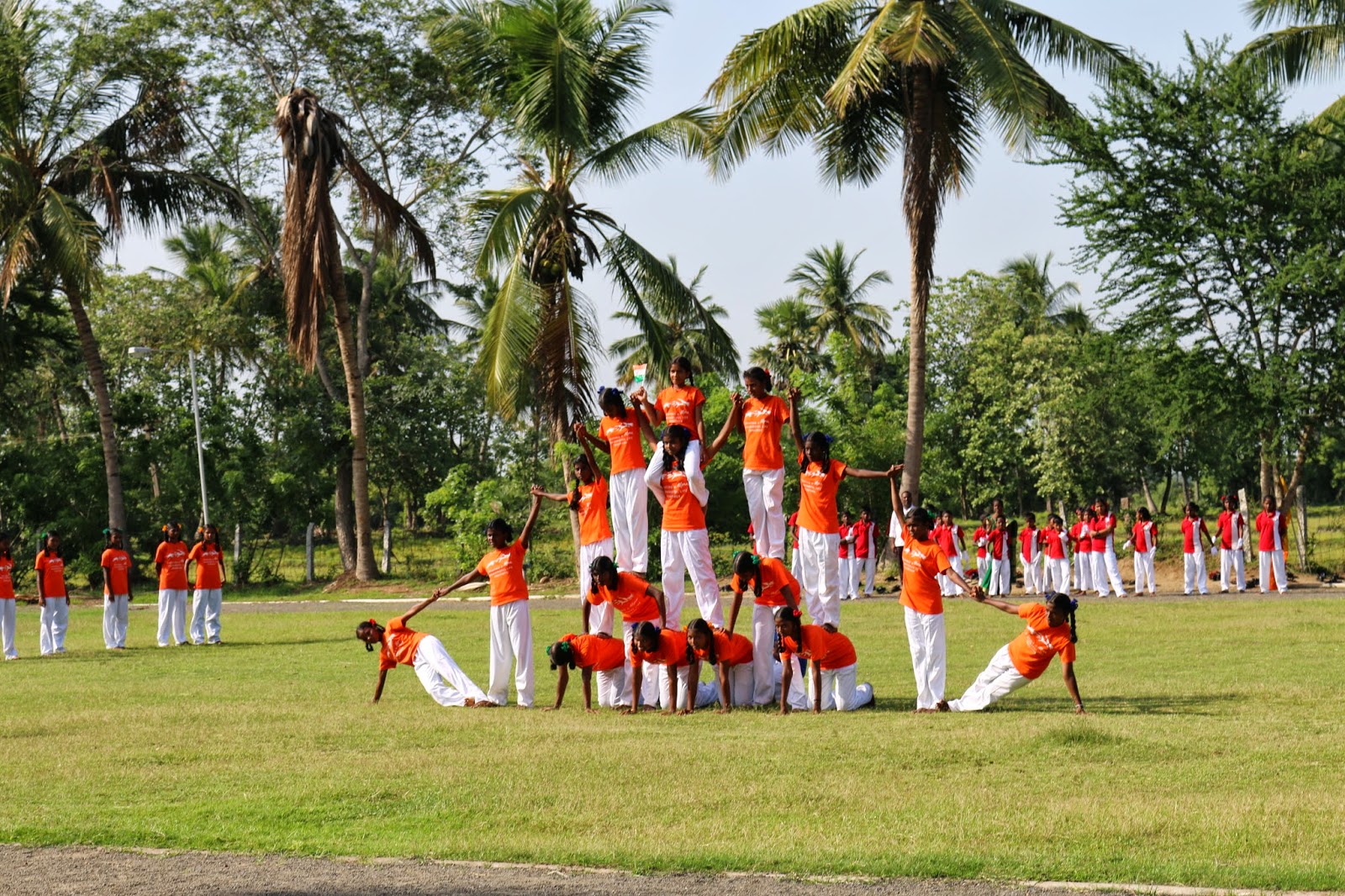 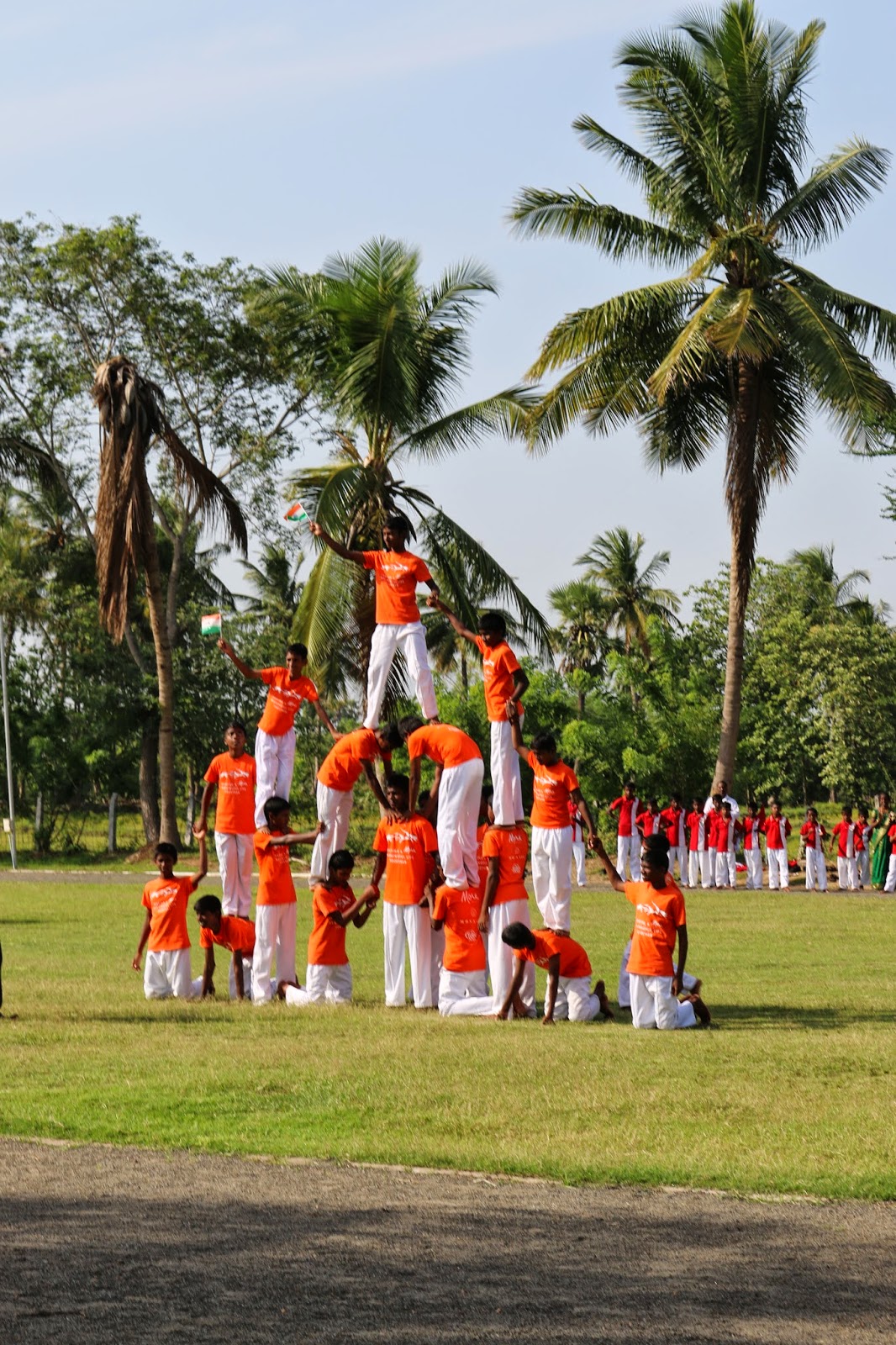 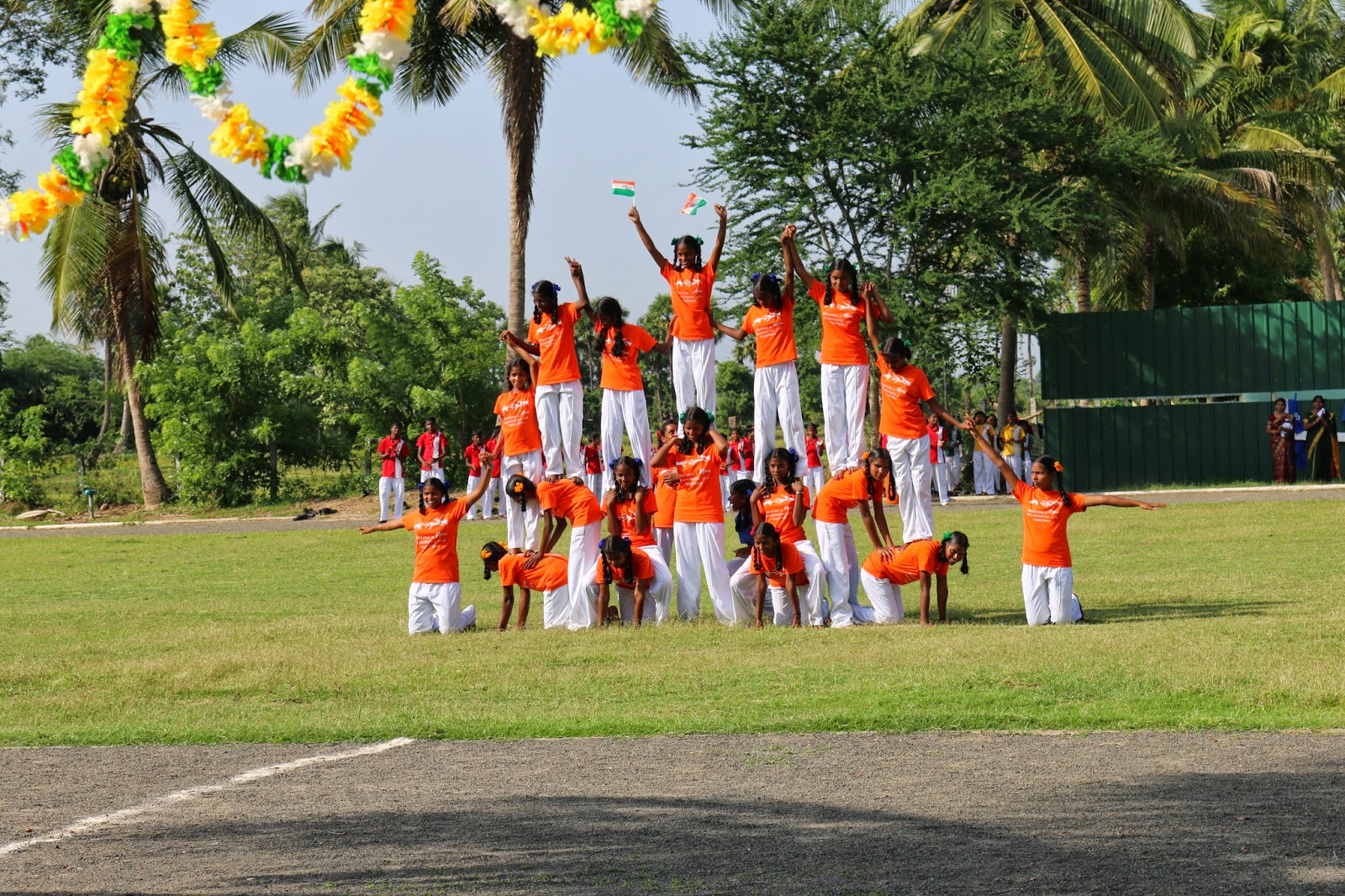 We were so lucky to have Sara Garrett, niece of Rising Star President Sally Read, as our guest of honor and speaker.  Sarah was here as a session volunteer with two of her children. She gave a beautiful speech about independence and freedom and was honored with a ribbon garland and a beautiful scarf. 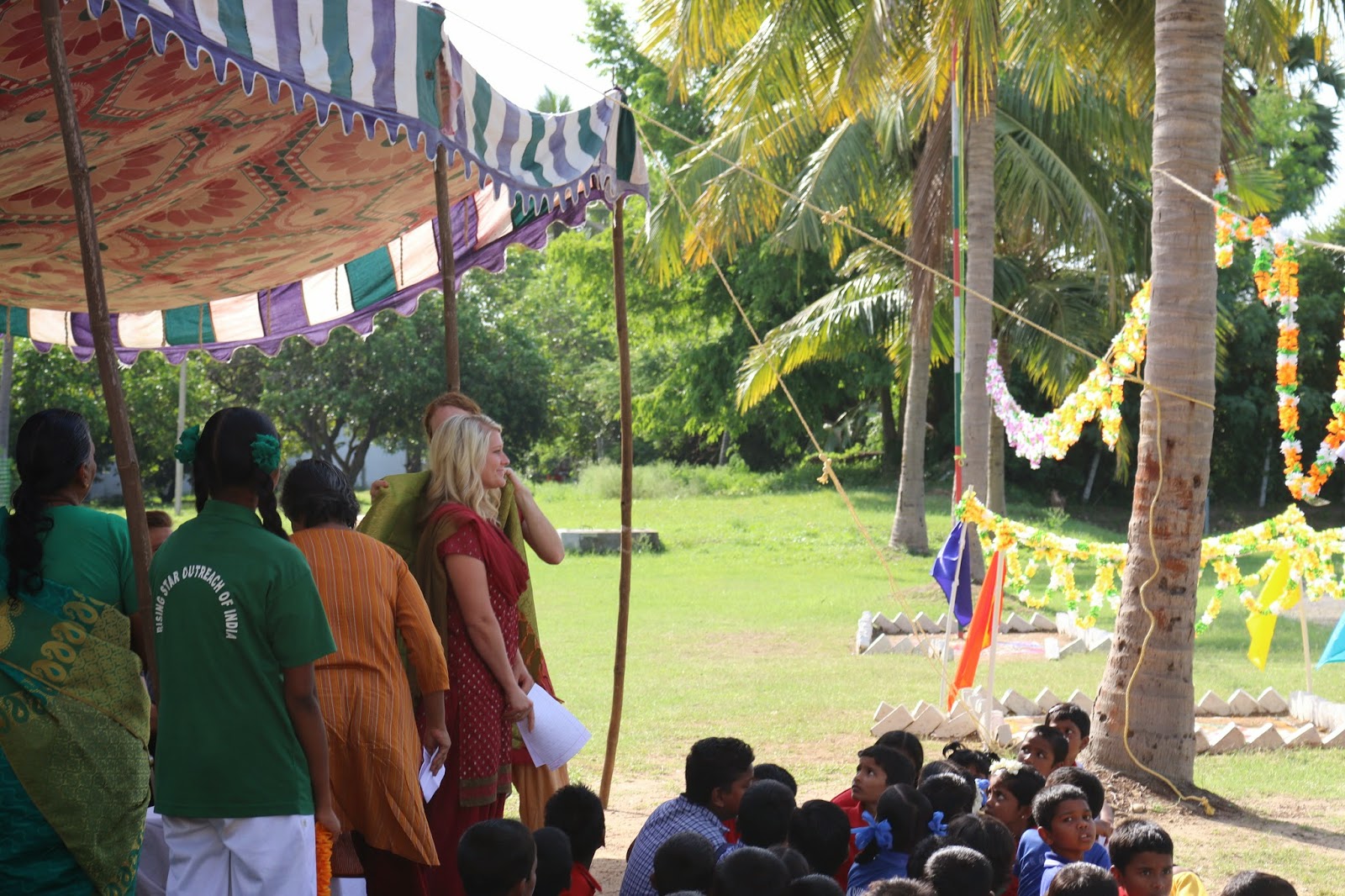 They definitely saved the best (or funniest) for last…dancing by the younger children. It was SO fun and absolutely delightful to watch them shimmy and shake as they followed their teachers’ movements. What adorable little children we have at Rising Star!
Happy Indian Independence Day!
–Rebecca Young
﻿