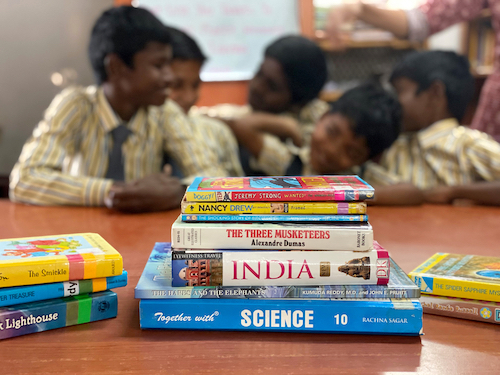 Books allow readers across the globe to experience new worlds or better understand the world we already share. With each turning page between our fingers, we are rewarded with increased knowledge, empathy, and creativity. There is nothing more human than seeking connection, and reading a book that feels like it was written just for you creates a connection between reader and author that can’t be found in many other places.

We, Rising Star Outreach staff, wanted to share just a handful of our favorite books to celebrate World Book Day. These are books that we think everyone has something to gain from reading. These books share themes of humanity, stigma, triumph, and more! We invite you to find a comfy spot and read away! 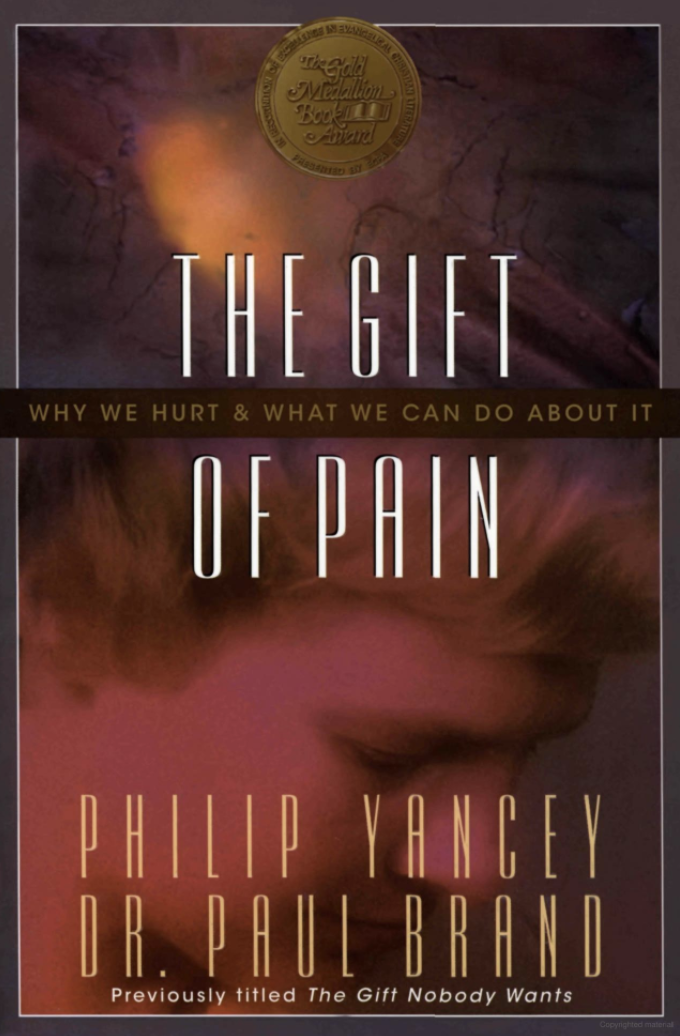 The Gift of Pain by Dr. Paul Brand and Phillip Yancy

“Wouldn’t it be nice to never experience pain or never have to take drugs to deal with pain? Many people think so, but they’re missing one key piece of information: Pain is the body’s built-in warning system that something is wrong and needs to be fixed.

Follow world-renowned physician and surgeon Dr. Paul Brand around the world as he shares his humble beginnings as the son of medical missionaries in India to his medical training in London during the Blitz to his groundbreaking medical research with leprosy patients in the United States and India.” – Google Books

This is How We Do It by Matt Lamothe

“Follow the lives of seven real kids from Italy, Japan, Iran, India, Peru, Uganda, and Russia for a single day. From the time each child wakes up until the time they fall asleep, the details of their days may differ.

How they play may vary, but the parallel rhythm of their days– and this one world we all share– unites them. This genuine exchange provides a window into lives and traditions that may differ from our own as well as a mirror reflecting the common experiences that unite us. Inspired by his own travels, Matt Lamothe transports readers across the globe and back with this thoughtful and stunning picture book.” 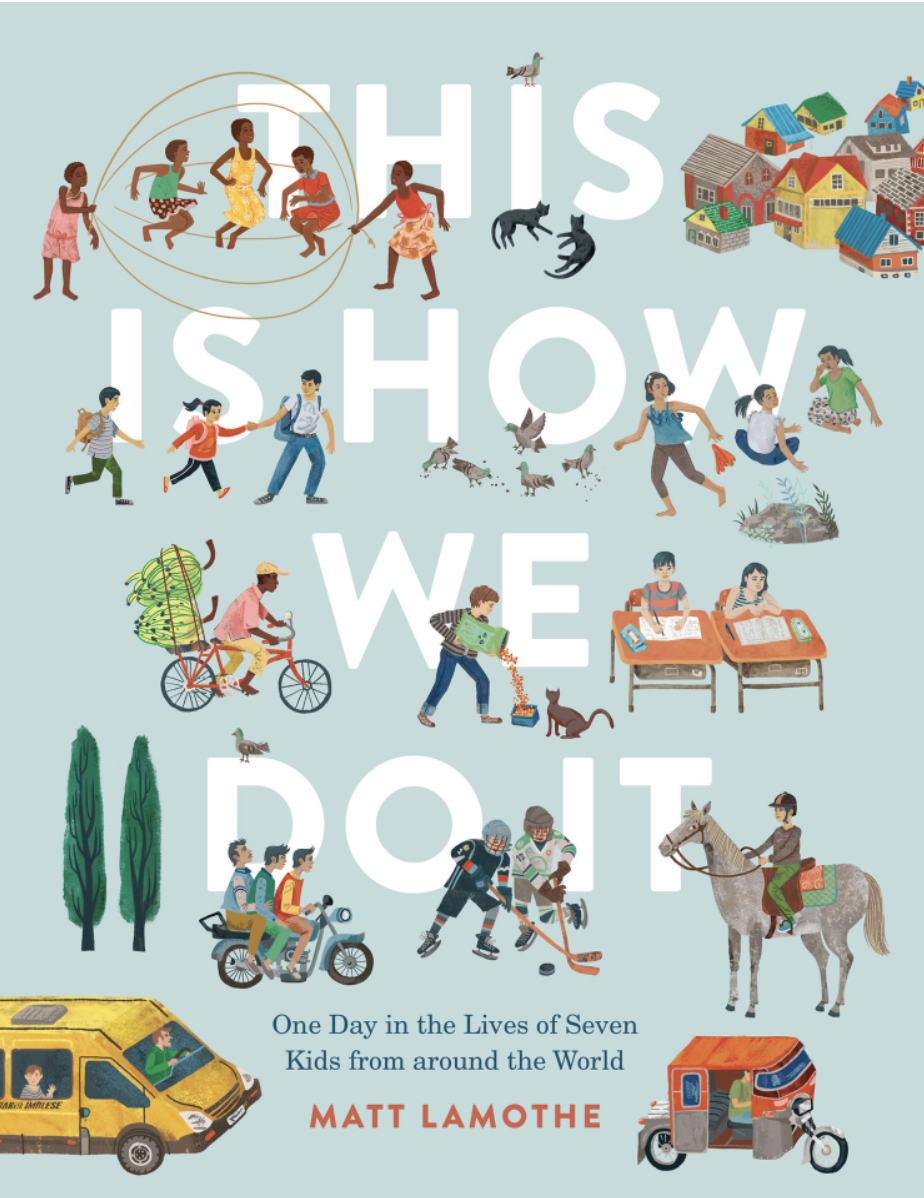 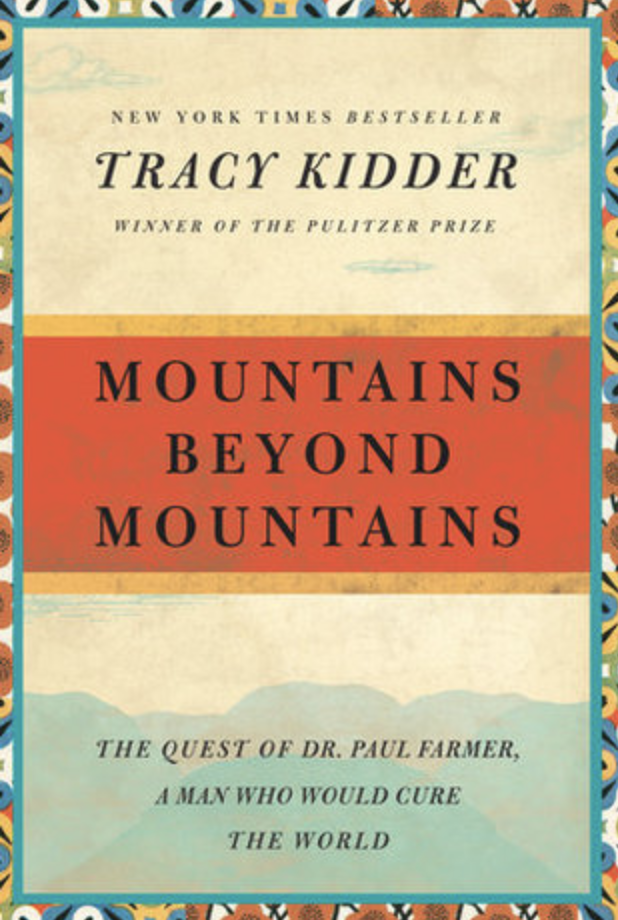 Mountains Beyond Mountains by Tracy Kidder

“In Mountains Beyond Mountains, Pulitzer Prize–winning author Tracy Kidder tells the true story of a gifted man who loves the world and has set out to do all he can to cure it.

In medical school, Paul Farmer found his life’s calling: to cure infectious diseases and to bring the lifesaving tools of modern medicine to those who need them most. Kidder’s magnificent account takes us from Harvard to Haiti, Peru, Cuba, and Russia as Farmer changes minds and practices through his dedication to the philosophy that “the only real nation is humanity.” At the heart of this book is the example of a life based on hope and on an understanding of the truth of the Haitian proverb “Beyond mountains there are mountains”—as you solve one problem, another problem presents itself, and so you go on and try to solve that one too.” – tracykidder.com

“An unforgettable true story about the potential for mercy to redeem us, and a clarion call to end mass incarceration in America — from one of the most inspiring lawyers of our time.

Just Mercy tells the story of EJI, from the early days with a small staff facing the nation’s highest death sentencing and execution rates, through a successful campaign to challenge the cruel practice of sentencing children to die in prison, to revolutionary projects designed to confront Americans with our history of racial injustice.

One of EJI’s first clients was Walter McMillian, a young Black man who was sentenced to die for the murder of a young white woman that he didn’t commit. The case exemplifies how the death penalty in America is a direct descendant of lynching — a system that treats the rich and guilty better than the poor and innocent.” – justmercy.eji.org 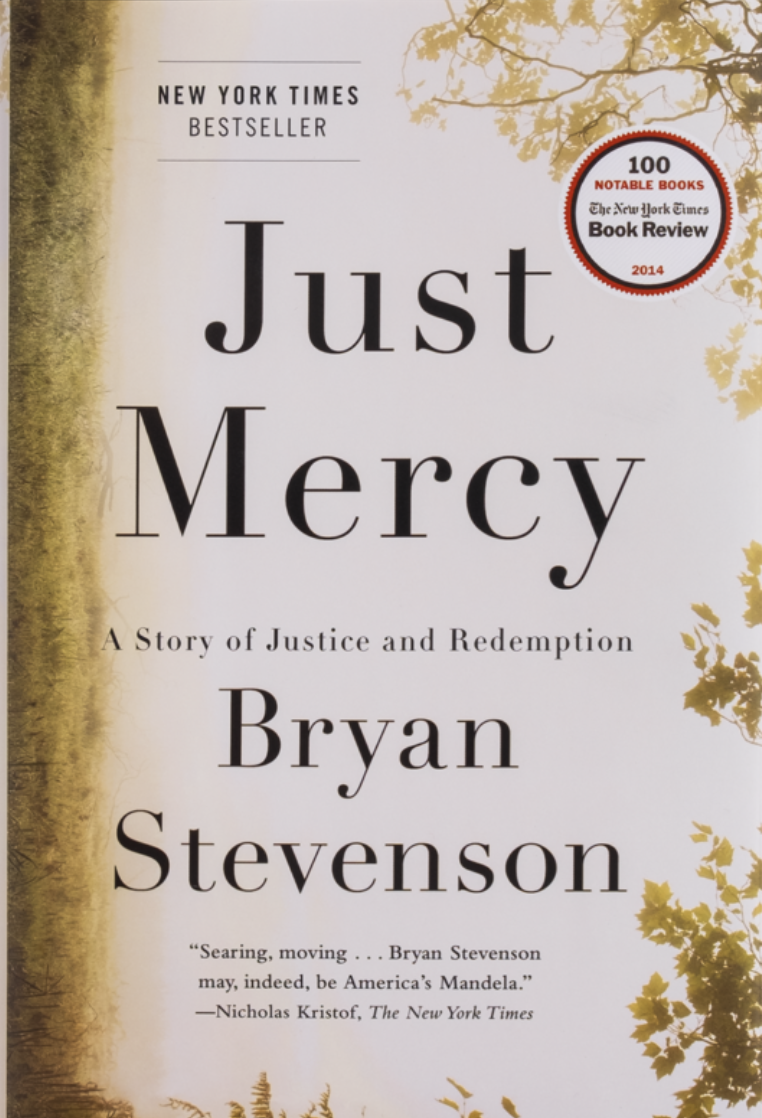 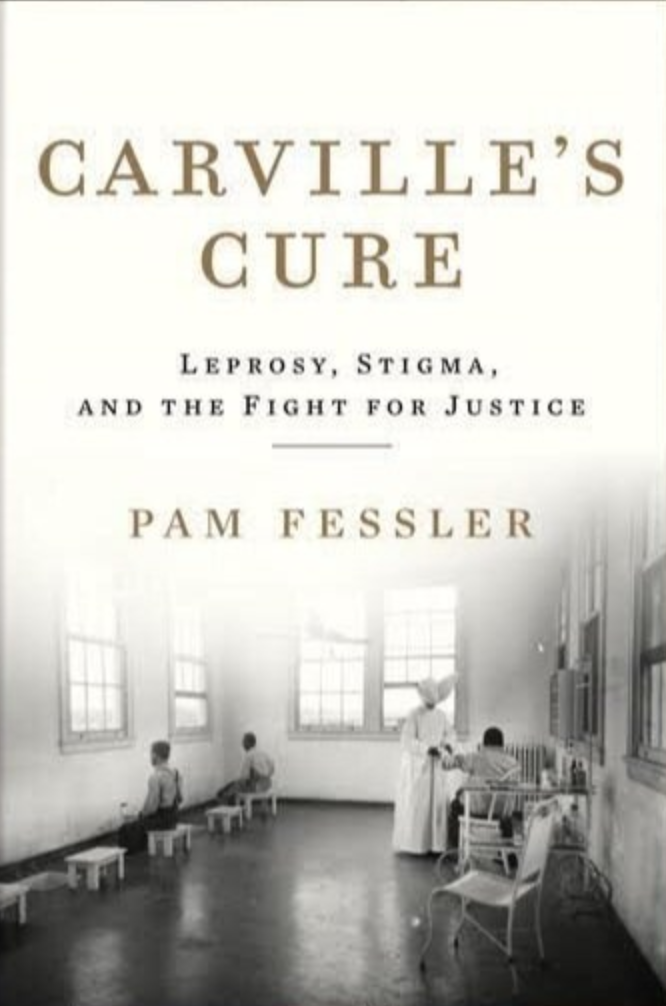 Have you watched Rising Star Outreach’s Founder, Becky Douglas’ discussion with Pam Fessler? Watch it now on our YouTube channel! Part 1 and Part 2

“The unknown story of the only leprosy colony in the continental United States, and the thousands of Americans who were exiled―hidden away with their “shameful” disease.

Between Baton Rouge and New Orleans,the Mississippi River curls around an oldplantation thick with trees, with a stately white manor house at its heart. Locals knew it as Carville―the site of the only leprosarium in the continental United States from 1894 until 1999, where generations of afflicted Americans were isolated, often until death. While experts today know that leprosy is not nearly as contagious as once feared, there remains a virulent stigma around those who suffer from it.

Pam Fessler tells the story of Carville’s patients against the backdrop of America’s slowly shifting attitudes toward those cast aside as “others.” She also reveals how patients rallied together with an unlikely team of nuns, researchers, and doctors to find a cure for the disease, and to fight the insidious stigma that surrounded it. With original interviews and newly discovered archival material, Fessler presents an essential history of one of America’s most shameful secrets.” – pamfessler.com