A few weeks ago I had the opportunity to accompany the 5th-10th standard kids to an amusement park called V.G.P. And let me tell you, it was one of the most Indian and hilarious trips I have ever had the pleasure of going on.
It started at about 7:30 when all the kids got onto two buses and the volunteers followed on one of RSO’s vans to head off on our three hour drive. After the long journey there we hopped out in time to aid some of our motion sick kids and after a few minutes though they were all back to their preppy selves and we sat down to eat a mid morning snack and use the bathroom.
At around 11:00 we lined up in our groups and headed through the amusement park towards the beach. Although it was almost the afternoon V.G.P was empty and quiet as a library (apparently the ride operators were all on their tea breaks). We soon arrived at the beach were the kids chattered excitedly, kicked off their shoes and rolled up their pants while they waited for their turn to wade into the clear blue water. The girls I were with grabbed my hand when it was our turn and as the waves came we jumped over them like I used to do with my dad. After everyone had gotten a chance we turned and headed back into the amusement park and met with our tour guide. 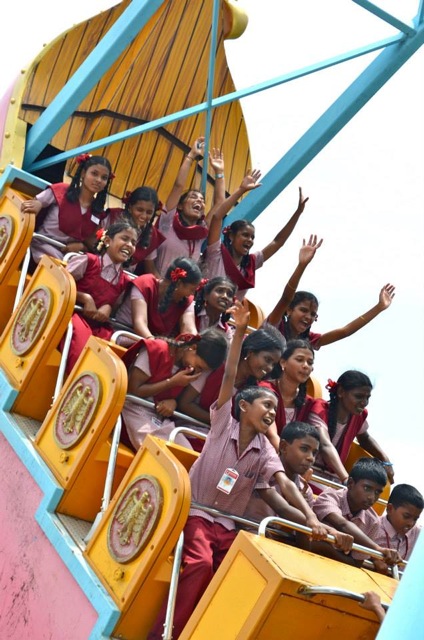 The first ride we went on was the huge Viking ship that swings back and forth going higher and higher, although this seems like a mild ride, for our kids it was as if they had jumped off the face of the earth in the abyss. The screams of delight were deafening and I have never seen them smile so big. Now what made this park so Indian was that instead of each ride having its own operator we had one guy that followed us around to operate them for us.  The day continued on this way and since a few of our kids were scared they said they were “sick” and didn’t want to go on any rides. So I did what any mother would do to a scared child, I dragged their butts onto those rides and held their hand. After a little while they all said they felt better and were dragging me from ride to ride forcing me to go on everything. It turns out I am not as young as I used to be.
I had one 5th STD boy with me named Moorthy who was so anxious to go on every ride, so he would run in different directions only to turn around and call my name impatiently since I was not running fast enough. We eventually ended up on a fast spinning ride and the whole ride Moorthy kept screaming things like “ama” and “apa” which means mom and dad and then a whole string of Tamil. I have never laughed so hard and when I asked another boy what he was saying I was told that he was praying. 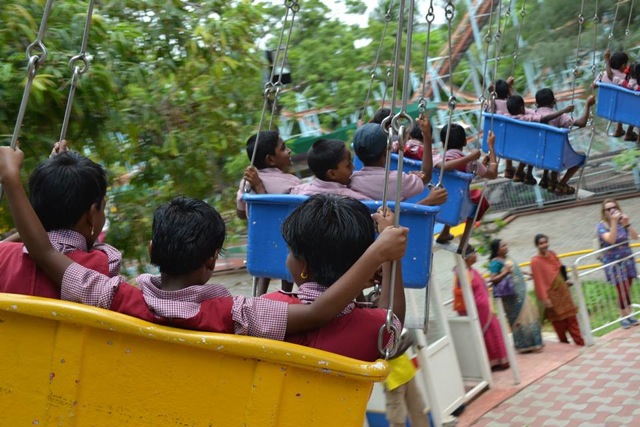 After we had ridden every ride we started towards the exit, but the fun wasn’t over. Near the exit was another ride, one that I would consider an “American” ride called Top Gun, anyone who was tall enough strapped them-selves in and waited. 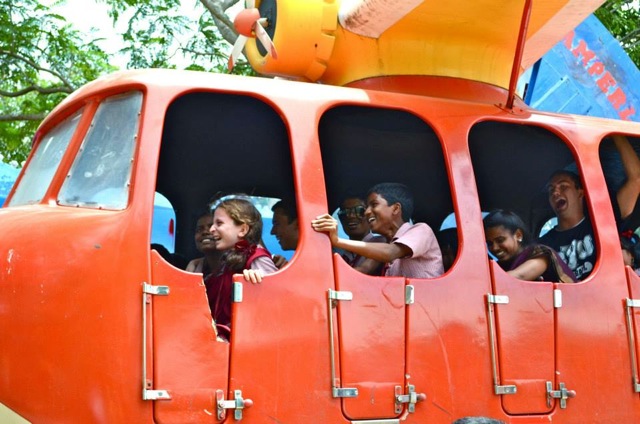 They had no idea what was in store for them, this ride flipped them upside down and spun the like crazy until we had a few kids who wanted to get off. Some of our 10th STD boys rode the ride 5 times and afterwards they looked like madmen!  Their eyes were huge and bulging and their hair looked like they had been electrocuted. By the end everyone was tired but satisfied and I got to listen to kids different recounts of things that had happened throughout the day as we walked hand in hand back to the buses. All in all it was a fantastic day for kids and adults alike and it was certainly one I will never forget. 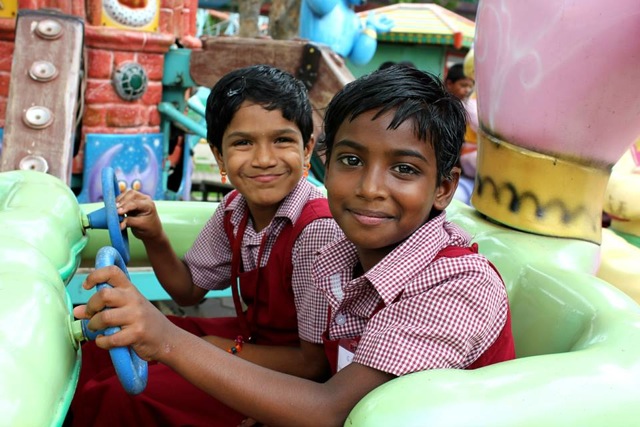 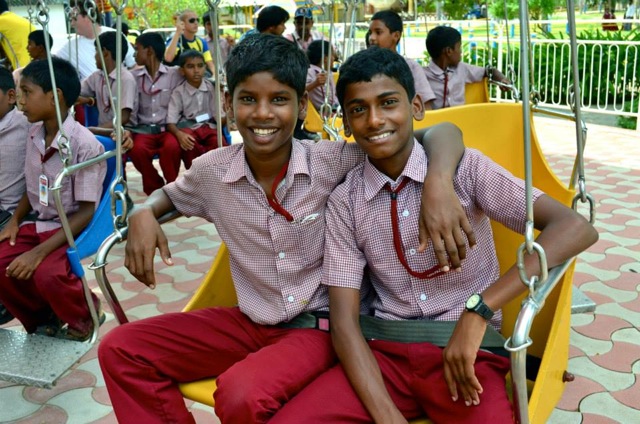 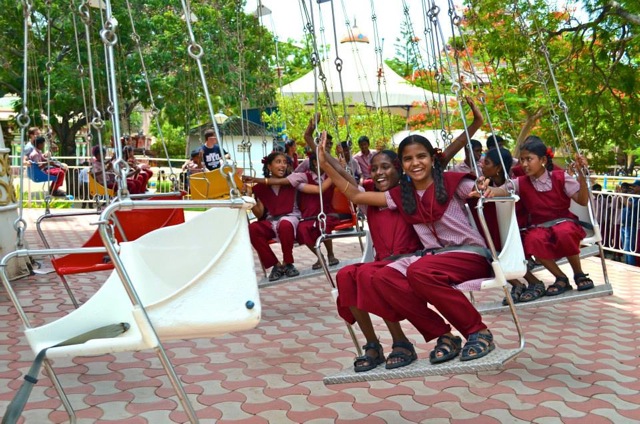