The kids celebrated the holiday season with a day long party this year. The Saturday’s activities were exhausting but thrilling for the staff and volunteers. Sponsporship Coordinator Emily Wilson was the leader in coordinating donations and stocking for all the kids. No child was left out and so many helpers showed their love this holiday with little items that meant the world to each of the kids.

Lily Simpson had this to say about the event:

“We cooked over 600 pancakes.  We had exactly enough pancakes including the last security guard who ate the last two pancakes.  The fans were not working in the kitchen so we were sweating over the grill.  But thanks to Padmini, she helped us to be efficient in flipping those flapjacks very quickly.
The magic began Sunday morning at 7:00 a.m. as we brought UKG children into the dining hall.  They each put on their Christmas socks.  Then we brought 1st standard in and spent a few minutes with them.  As each standard entered the dining hall and slipped some Christmas socks on, the squeals and chatter escalated.  Their gleeful voices and bright inquisitive eyes met surprise after surprise as each child pulled out little things from their Christmas stocking. 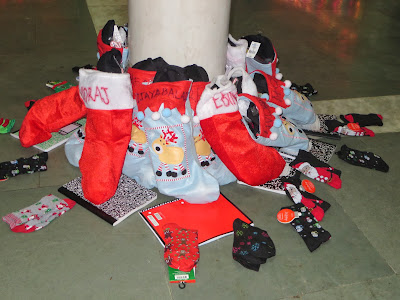 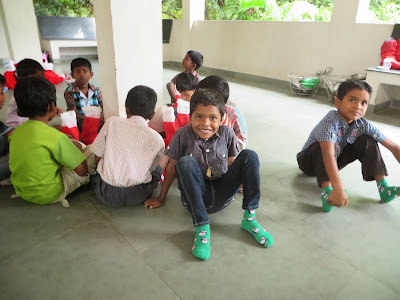 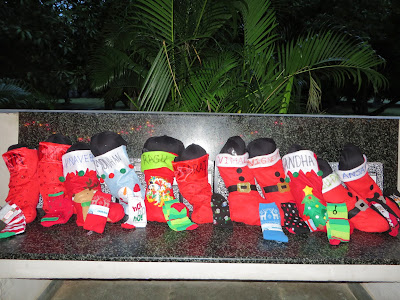 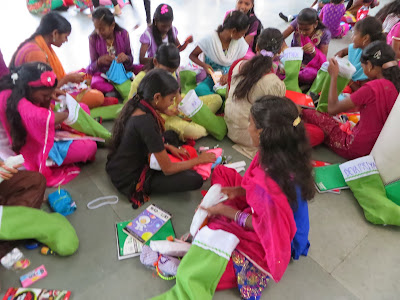 Everyone enjoyed eating breakfast together and spreading Nutella and syrup on their hot pancake.  Can you imagine, we had only one bottle of maple syrup and one bottle of honey and it went around to everyone!  Amazing!
All the children were able to participate painting a picture as their gift to their family. 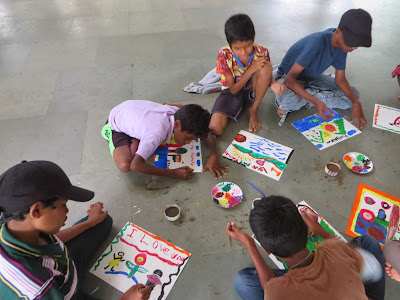 In the evening, we put on the movie ‘Elf’ and during intermission, we served them each a cup of hot chocolate.
The next day, there were so many ‘thank yous’ for the happy Christmas celebration and for the many gifts that were given.  Some of them asked who gave all of these gifts.  I just replied, there are so many people who love you and there would be too many names to mention, it would take a long time to name each person who has great love for them.”

Thank you to all who have made this celebration a day that they will remember. Thank you to those that Sponsor each of these kids and provide for them all year long with education, food and shelter as well as knowledge that they have supporters that love them.

Thank you and happy holidays to all our supporters. We love you and together we are lifting those with leprosy. 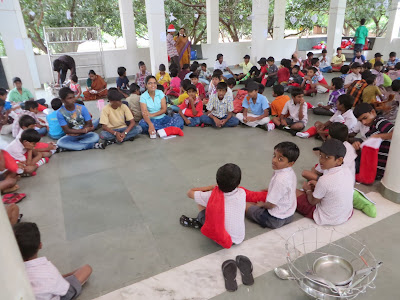 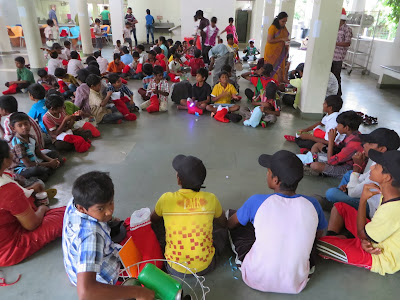