A 100 Dresses for India by Laura Lofgreen

These last six months as I’ve been working on the coloring book My 100 Daughters, I’ve looked through many photographs of the girls of India. 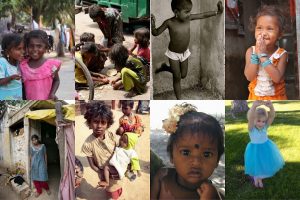 Eden is at the bottom there because she’s donating her dresses to the girls of India.
The girls I’m drawing are growing up in the leprosy colonies.  The girls do not have leprosy, but their parents or parent does. They have experienced hunger, loneliness and poverty like I will never understand.  They are considered “untouchables”.  Children who grow up in the leprosy colonies are not allowed to attend school, but it’s not like their parents could afford to send them anyway.  Most children take to begging and do anything they can to survive.  Even their shadows are considered cursed. Rising Star Outreach is changing all of this. 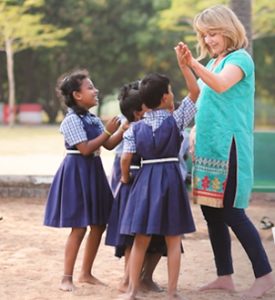 As I’ve researched the photographs, traditions, landscape and customs of India, I noticed the older girls wear the traditional India saris, but the younger girls do not.  I asked Amy at Rising Star why this is.  She said as a girl matures into a young woman, she is required to wear the customary shawls to cover her bosom.

It is a form of modesty. Until then, the little girls can wear the same type of dresses my daughter does.
Many little girls literally wear rags.  They deserve better.  I’m hoping you’ll help the girls of India by donating gently used dresses for girls age 12 and younger.
Drop them off at my house or mail them to Rising Star Outreach 3305 N University Ave #250, Provo, UT84604.
I hope to collect/donate 100 dresses for Rising Star Outreach India by October 11, 2017 – The International Day of the Girl.
My 100 Daughters will be released October 11, 2017 and will be available on Amazon. 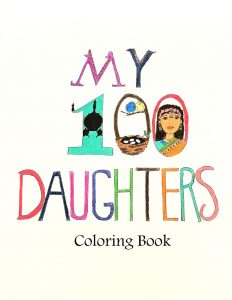