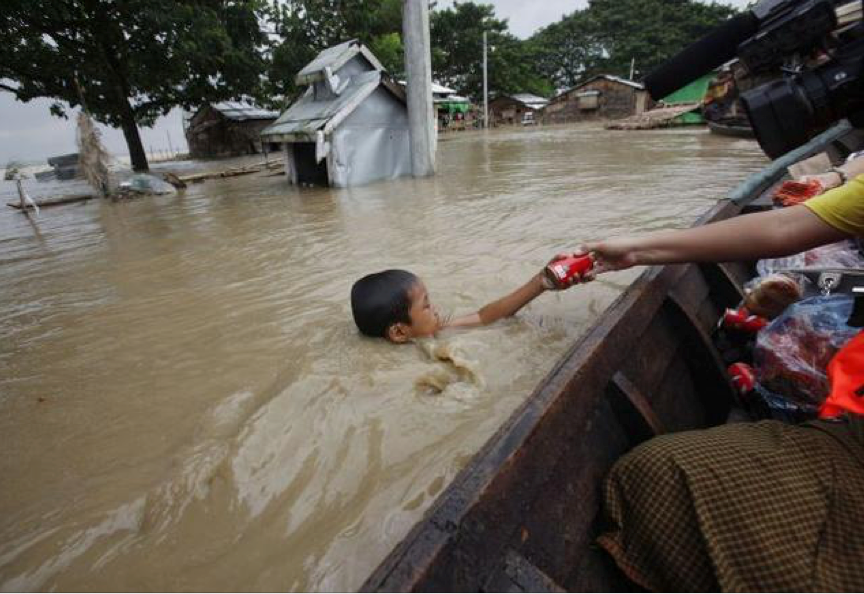 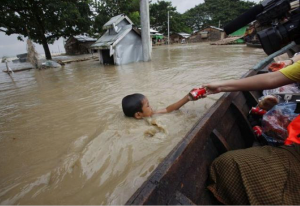 People were forced out of their homes—some of which were standing in seven feet of water. The floodwater was contaminated with sewage, so water-borne diseases quickly became a real threat. Then on December first more than twelve inches of rain fell, making it the wettest day in three hundred years!

Ten million people were displaced. But where could they go? There was flooding on all sides throughout the state. There was nowhere to go but up onto their roofs. Almost overnight Chennai had more than ten million people on the rooftops. All roads were closed. All schools. All government offices. All stores. There was no way to obtain food, medicines or blankets. Helicopters had the unenviable task of trying to feed millions of people stuck on their rooftops for days on end.

The campus at Rising Star Outreach was also flooding. All schools had been closed. The children couldn’t get home to their leprosy colonies because all roads were closed. All communication was down and the children were crazy with worry about their parents. Can you imagine having 265 children cooped up for days? 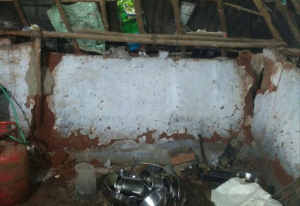 Our greatest concern was for the families in the leprosy colonies. I knew that they had no rooftops where they could seek refuge, as they lived in small huts. The colonies are in remote areas and I knew that the government would make little effort to help.

With all roads closed, our director, Dr. Susan sought a boat in an attempt to check on the situation, but all they could find was a rowboat. In her rowboat she went to visit as many colonies as possible. She reported that the situation was dire. Some colonies had as much as eight feet of standing water. The people had nowhere to go. They were stuck in water over their heads! They were starving—with many of them having gone for days without food.

But there was no money. You can’t spend money you don’t have. We put up an urgent plea on our website for assistance. A whopping $200 came in. We sent an email out to all our supporters begging for help.

One supporter saw the email and within minutes the family foundation and other family members contributed $45,000 in to the relief effort. This donation became a catalyst and people began to respond. Soon we had raised $70,000!

Dr. Susan now swung into high gear. They loaded the boat with food supplies, blankets, bandages and medicines. Over the next weeks they rowed to more than ten leprosy colonies, some of which were more than one hundred miles away!

I worried that the environment was very dangerous. Think of it—they were carrying hundreds of pounds of food through areas that were full of starving people. When I cautioned her about their safety she replied she was sure God would protect them. They were fearless! 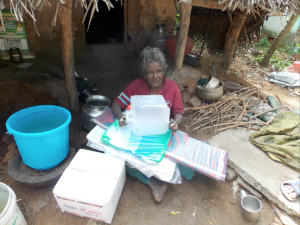 They provided food and medical care to more than 3,000 people! Dr. Susan wrote me the following note after reaching the Villivakkam Colony. “The patients in the colony gave us hugs and were so happy for the assistance by way of medical help, rice, beans, and oil that we provided them. I have never seen them welcome us in this hearty manner before. They had gone many days without food. Many of the men who mostly would speak roughly were smiling and subdued.

In the last village a thin lady carrying a child had tears in her eyes when she thanked us for the medical camp, blanket and food supplies. We had struggled to load our supplies into a boat and reach their village. We carried all our materials in a tractor from the other side, along with the staff, and reached their school. Just looking at her careworn, sad face, I was sure that all the terrible stress that we have all been going through was worth it all, many times over.”

One of our Rising Star students, Beulah, was from the Cuddalore Colony, more than 100 miles away. Her family’s home had collapsed. Thanks to the relief money her colony was saved and her family home has now been rebuilt. 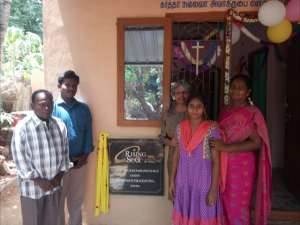 The mother of two of our students, Vijay and Raghu, had been involved in an auto accident due to the flood. She sustained a skull fracture, brain hemorrhage and contusions. They couldn’t get her to the hospital. Fortunately Dr. Susan got there just in the nick of time to get her to the hospital by boat. She is now recovering. Otherwise she surely would have died.

The mother of two other students, Mohanapriyen and Jagadeesh, was hit by a bus that was out of control in the flooding waters. Once again, Dr. Susan was able to get her to a hospital by boat and save her life.

All in all, more than 3,000 people were provided with food and medicines, in many cases saving their lives. And all this was made possible by the response of one woman who saw an email come in and decided to take immediate action, and another who took it upon herself to make a difference.

I am a firm believer in the power of one person to change the world!