Toxicology tests for a vaccine are scheduled to begin before the end of the year. Clinical trials in humans should start by 2015 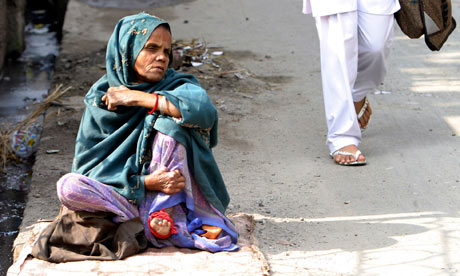 An Indian woman with leprosy. Trials for a vaccine against the disease are due to start later this year. Photograph: Rupak De Chowdhuri/Reuters

A vaccine for leprosy is being developed by American researchers and is set for toxicology tests towards the end of 2014 and for phase I clinical trials in human volunteers by 2015.

Leprosy is a chronic infection caused by the bacillus mycobacterium leprae. An infected person develops skin lesions and may lose eyesight and the ability to feel pain. While no vaccine has been developed yet to prevent the disease, it can be treated through multi-drug therapy.

According to the World Health Organisation, at least six out of every 10 people infected with leprosy come from south-east Asia. The Philippines and Indonesia are among the 18 countries worldwide that reported more than 1,000 new cases for 2011 alone.

The vaccine development project is led by the Infectious Disease Research Institute (IDRI), a non-profit organisation based in the US focusing on neglected diseases in the developing world, and theAmerican Leprosy Missions (ALM), a Christian group providing financial and technical support to people affected by leprosy. For the clinical testing phase, they have partnered with the Philippine-based Cebu Leprosy and Tuberculosis Research Foundation.

“All the experimental and animal data have been assembled to make the case that this product is worth taking forward to human trials,” ALM communications director Sarah Hesshaus told SciDev.Net about the leprosy vaccine.

For the past 12 years, the ALM, in partnership with IDRI, has invested US$4m into the endeavour to develop the vaccine and a new diagnostic test for leprosy. It has been an uphill battle since “the leprosy bacteria grow very slowly and have been notoriously difficult to grow in laboratories”, Hesshaus says.

Malcolm Duthie, a senior scientist at IDRI and head researcher for the project, further explains that the advancement of vaccines through various clinical trial phases can take significant time as “safety and efficacy are of utmost importance”.

“The current transition of the leprosy vaccine from the preclinical to the clinical testing phase has necessitated a large amount of due diligence and care in manufacturing, which precludes initiation of safety trials in a small number of individuals,” Duthie explains.

Arturo Cunanan Jr, chief of the Culion sanitarium and general hospital in Palawan, Philippines, welcomes the potential breakthrough. “For the first time, the genome of the bacteria that cause leprosy has been identified and mapped.”

The IDRI-ALM study, he says, is a huge improvement over earlier studies, such as the research of Jacinto Convit, a Venezuelan doctor and scientist. Convit combined a bacterium found in armadillos and existing tuberculosis treatment to produce an experimental vaccine against leprosy. But up to now, scientists all over the globe are still trying to perfect a vaccine that can eradicate the disease.

Cunanan says, currently, the most important aspect of leprosy treatment is early diagnosis, when the patient has no disability yet.

“So if scientists can develop a vaccine that can prevent people from developing the disease, that will have a great impact in overcoming the disability and its social stigma,” he notes.