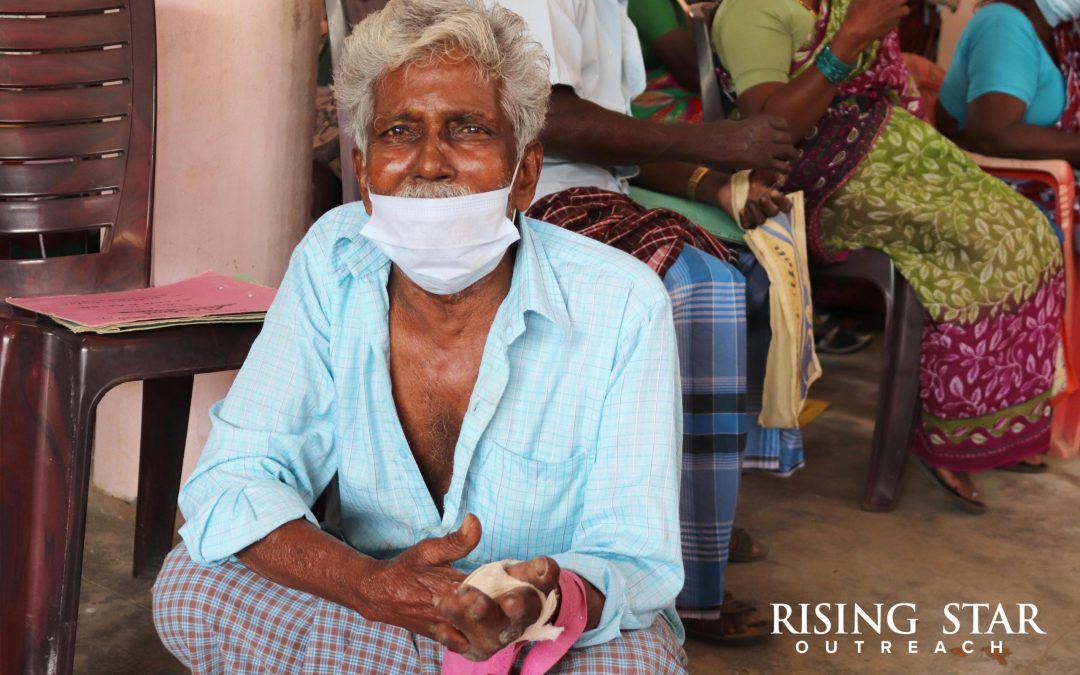 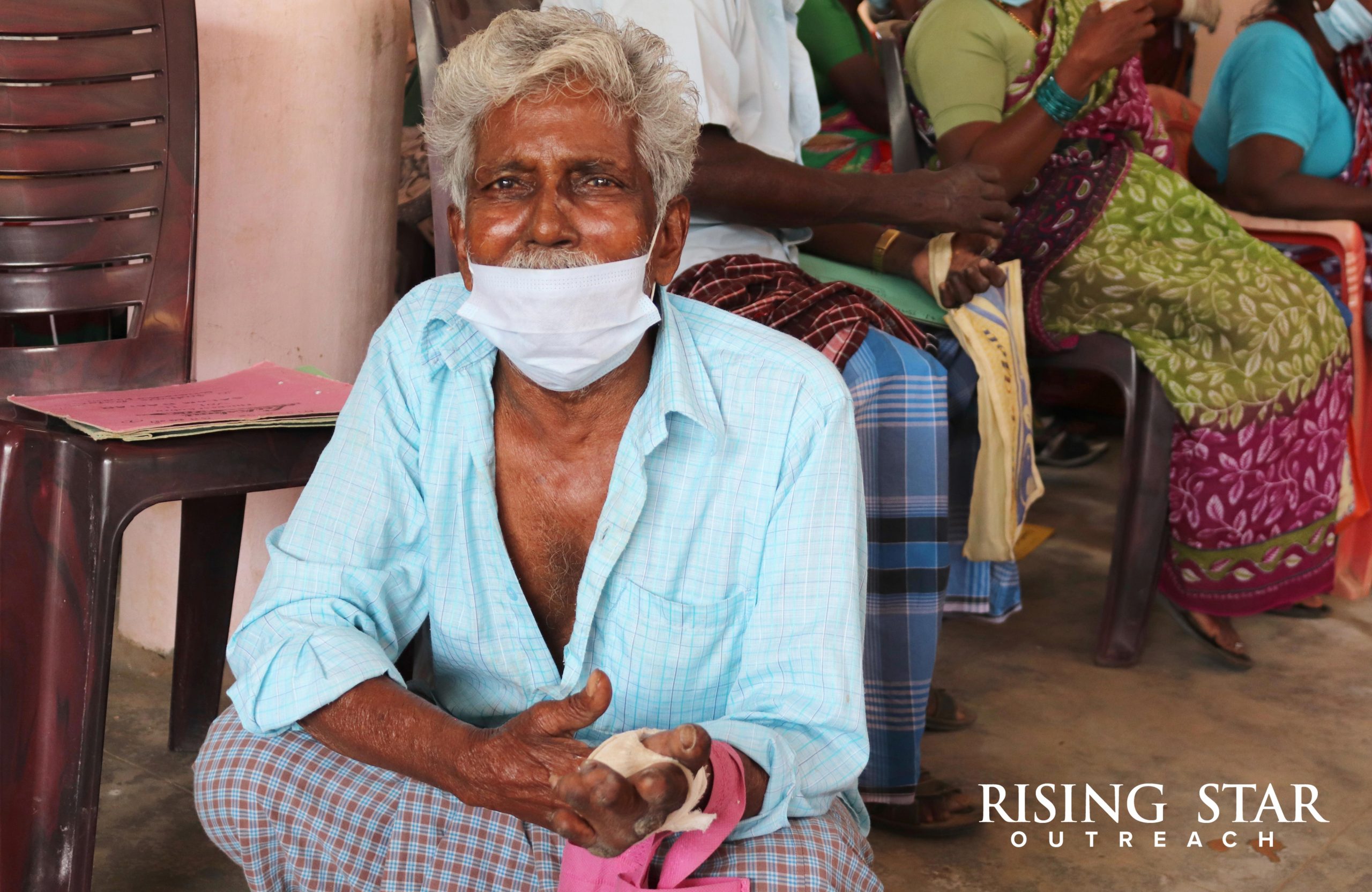 Whether at a friend’s birthday party or over a holiday dinner, most of us are asked what we do for work. As Rising Star Outreach employees, we love answering this question because we are passionate about what we do and the cause we are behind. Oftentimes, the simple answer, “I work for a nonprofit organization that serves individuals and families affected by leprosy in India,” leads to more questions because the topic of leprosy is so rare. We encourage these critical conversations in order to expand public awareness about this forgotten global health crisis. As the cliche goes, “there are no bad questions.”

In honor of World Leprosy Day, we are addressing some of the most commonly asked questions and myths associated with this disease. The first step to real change is through the power of education! 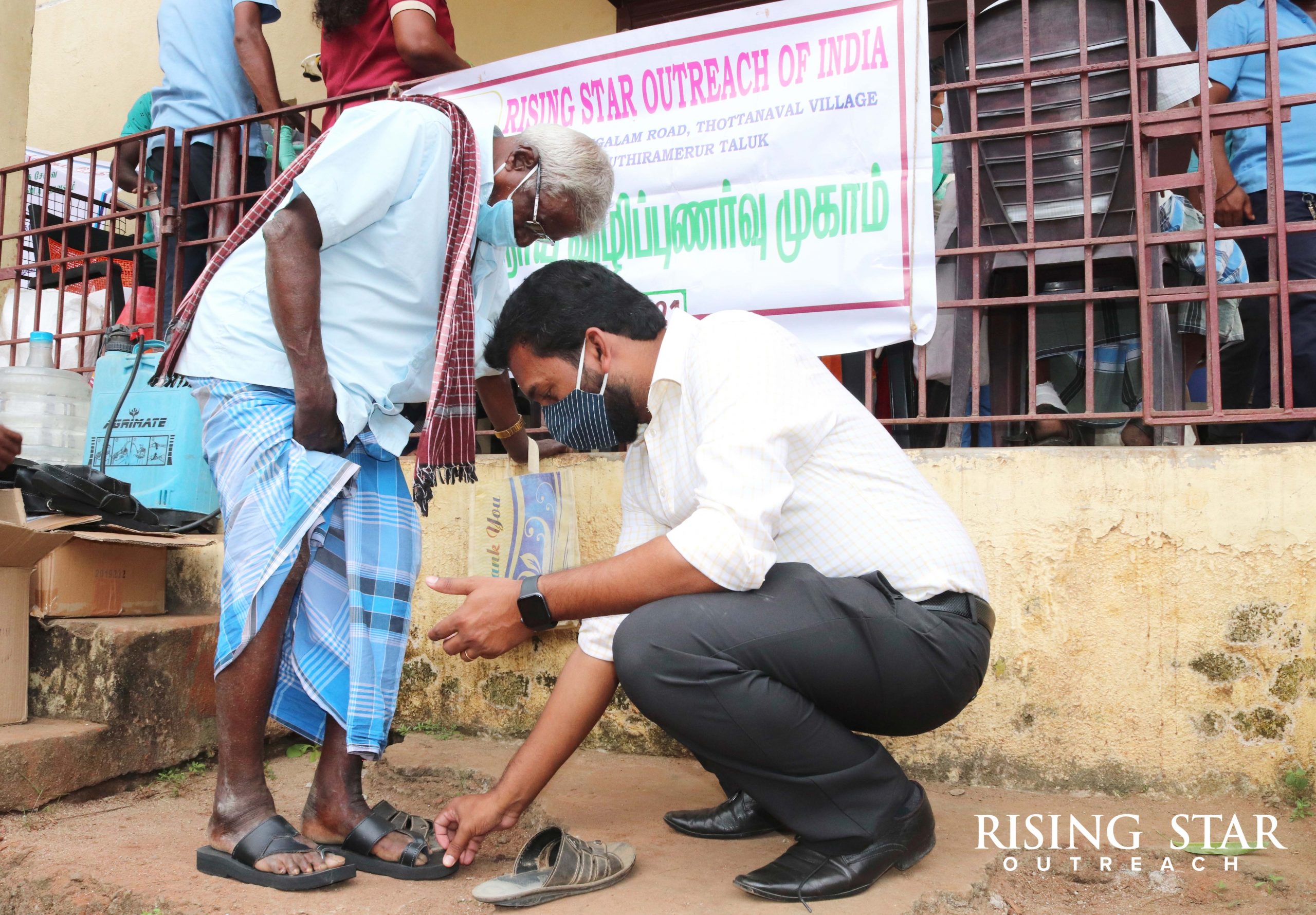 Mr. Prakash Boddu, National General Manager, helping put on a pair of MCR shoes to a patient. MCR or Microcellular Rubber shoes help decrease the amount of ulcers that patients get. 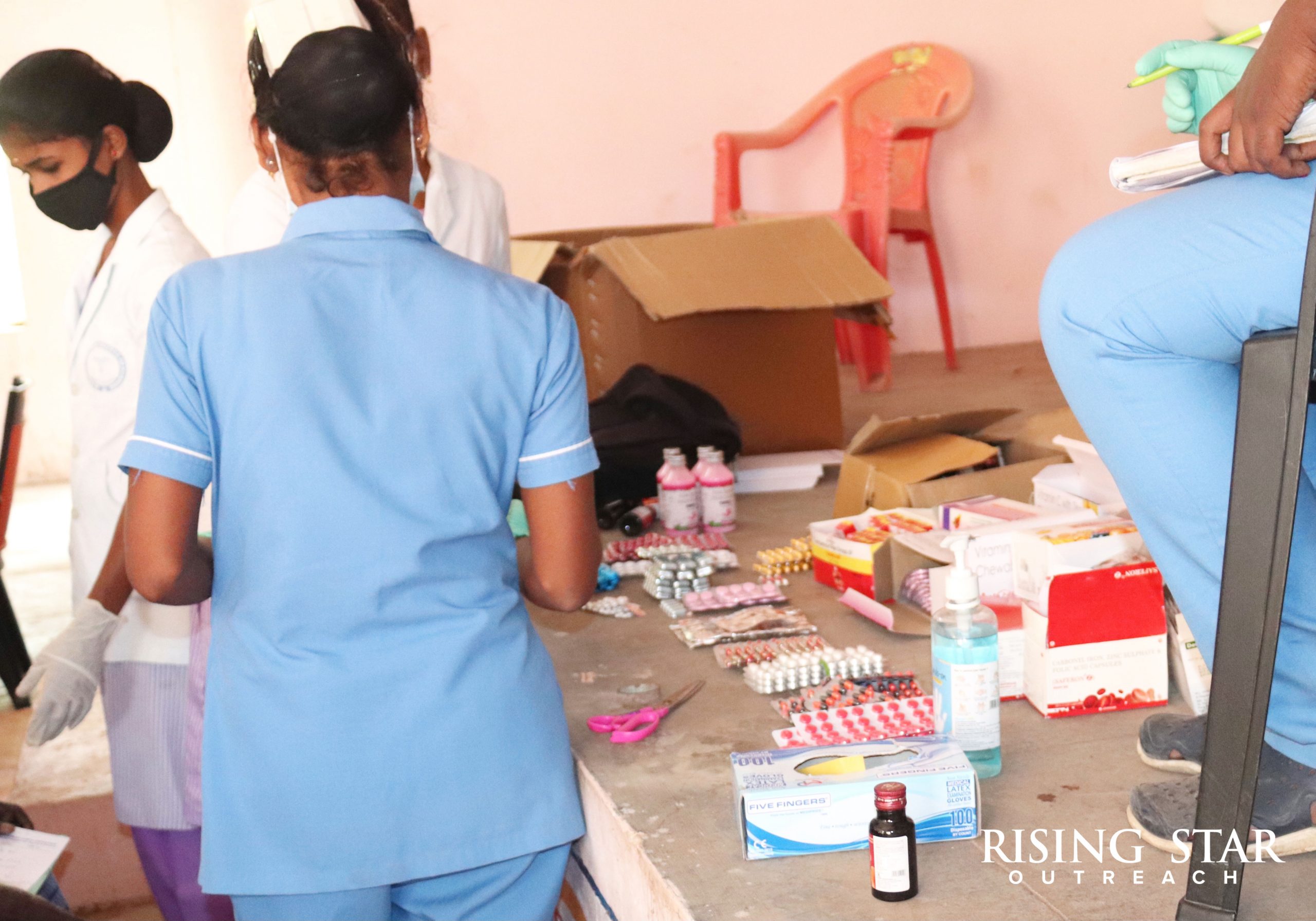 Q: Leprosy is still a thing?
A: It sure is. In fact, it still affects the lives of millions. It tends to be quite taboo and shameful in many communities, so, unfortunately, stigma and fear keep the realities surrounding the disease hidden from many parts of the world.

Q: Is leprosy contagious?
A: Not like you may think! Most patients are genetically predisposed to the disease and contract it through very long term exposure, living in poor conditions, and with a compromised immune system. In fact, it is estimated that 95% of adults cannot even contract leprosy!

Q: Can leprosy be cured?
A: YES!! There is a multidrug therapy that will rid their body of active leprosy. There is exciting progress with a possible new vaccine that doctors in India are working hard to develop. For the at-risk children in India, this vaccine could mean facing a future truly free of leprosy for the first time in human history.

Q: Why are people still afraid of leprosy if it has a cure and isn’t as contagious as people might think?
A: Short answer: Stigma. Many people living in areas of the world where leprosy is more prevalent believe that people afflicted with leprosy have this disease due to sin or curse. People with leprosy are often forced to leave their homes and move to leprosy colonies. The fear of putting themselves and their family at this risk keeps many patients from coming forward to seek treatment.

To honor those affected by leprosy and its stigma, share the truth about the disease with those around you and help us remember the “forgotten” by sharing this blog post on social media. Help others see and understand the millions of leprosy-affected people that are constantly misunderstood and overlooked. Tag us too! @risingstaroutreach