Villivakkam is a colony that is located in a neighborhood in Chennai.  This is a larger colony that usually hosts the meetings of the colony leaders from the surrounding areas.
After fixing the well at Vandalur we went directly up to this well as we heard that they had a problem with one working, again for over a 2 year period.  We had some supplies and hope that we could fix it that afternoon …

When we arrived we were greeted with happy faces and a group of kids and LOTS of rain.  It rained for almost the entire time we were lifting out the pipes.  When we started to pull everything out of the hole we noticed that the pipe was disintegrating under our touch.  The pipe was so rusted and we were unable to separate the pipes and we started sawing them apart.  Piece by piece we pulled out until we got to the cylinder at the bottom, which as you can see… was a mess.
We had pipes, that was no problem.  We had all the supplies but we did not have another cylinder, so the team went off to purchase another while others remained behind and separated and cleaned up what we could to speed up the assembly process as night was quickly approaching.
This time also gave us an opportunity to get to know the colony we were working in.  We met artists, mothers, preachers, students, family members of our Students,  Presidents and more. This colony welcomed us to their home and it was a blessing to us as we continued to spend most of the day and night with them. The women were waiting for the city to deliver drinking water to the colony. They wait with their containers for the morning and night delivery. They have one tank for each.  These tanks supply drinking water for hundreds.  The well we are fixing will allow more of that drinking water to be used for drinking rather than other household needs.  It will be another source if there is ever a delay or interruption in their water delivery.  They were anxiously waiting for us to be finished so they could start using it. 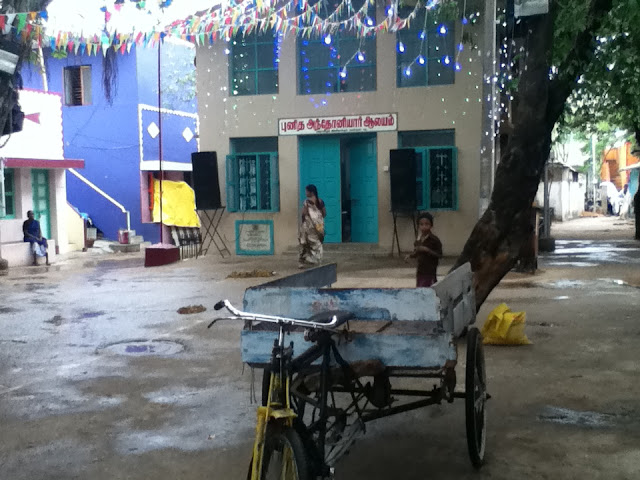 Once the group returned looking for the cylinder we found that they could not find the one that we needed… this means that we needed to use the old one if possible.  Disassembly took place and all the grime and materials on the outside and inside were removed.  When finished, it looked just like new.  Assembly was done quickly, except for adding on the pump head.  It needed to screw on but the     threads were worn and had to be done with care.
When it got time for the handle we put it together with the items that were on it and the handle was really shaky.  The handle was missing bearings that will keep the handle stable and easy to move.  So to make sure that the well was properly done, and wouldn’t break right after we left we sent another team out to get bearings.
In the mean time we spent time with the locals.  We had a dance party with the kids, had tours of homes and churches, we were given drinks and were able to sit and talk.  It didn’t take long for Cody from People Water to be re-named John Cena from the WWE.  You could hear all the kids yelling John Cena throughout the neighborhoods.
﻿
When the group buying supplies returned we found that the bearings didn’t fit! One of the old rings from the last bearing was left inside.  Cody tried everything from hammers to chisels to remove.  That’s when a local welder came in and saved the day.  He removed the inside ring and fit the new bearings.  Once those were added in the final adjustments were made and the pump was active and working.  Cheers when up all over the colony when the colony President pumped the first drops of water. 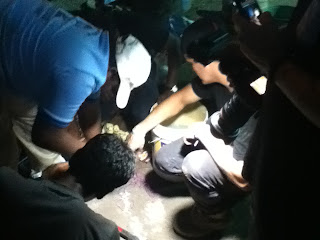 After hours of work, play, rain and continual problems the well was functioning.  The smiles and pure gratitude that we saw on their faces made every moment worth it.  Thank you to People Water’s Cody Barker,  Jeremy Cannon (Photographer), people in the Villkivakkam Colony and all the Rising Star Employees and Volunteers that made this moment possible.  Hundreds of people will benefit from this work and more will benefit from the training that we all received.

If you want to hear more about this adventure from Mr. Cody Barker pease visit the People Water Blog by clicking HERE.