This session we were able to go to Sri Ramachandra hospital with some of the leprosy patients and kids from the school. The volunteers were a little bit apprehensive at first, because it was their first time in an Indian hospital, and they didn’t really know what they were in for. The patients and students know the drill though, so they took care of their volunteers. The volunteers mainly make sure that the patients get to where they need to go, and especially that the leprosy patients get seen, because people will jump in front of them and shove them to the back of the line.

“It was an eye opening experience. It was pretty sad to see how aggressive we had to be to make sure the leprosy patient got seen. After seeing that, I’m not going to complain about having to wait to see the doctor, since it seemed like we had to wait forever to be seen.”

The patients don’t seem to mind, and they appear to love the company of the volunteers on these trips to the hospital.

We were able to go to Barathapuram colony and treat the patients there. One of the patients, who is a barber, had really big ulcers on both of his feet. Despite these ulcers, he was as happy as anyone! He was making all the volunteers laugh. This seemed to make him so happy; he was just beaming at them. In talking to the volunteers afterwards, they said that he was their favorite patient that they saw. They loved his attitude. They couldn’t believe how positive he was despite his condition and his disease.

Catherine Hill, one of the volunteers remarked,

“It was really inspiring to see someone like that. If he can be so happy in spite of all that he has gone through, then I can be more positive in my own trials, which are nothing compared to his.” 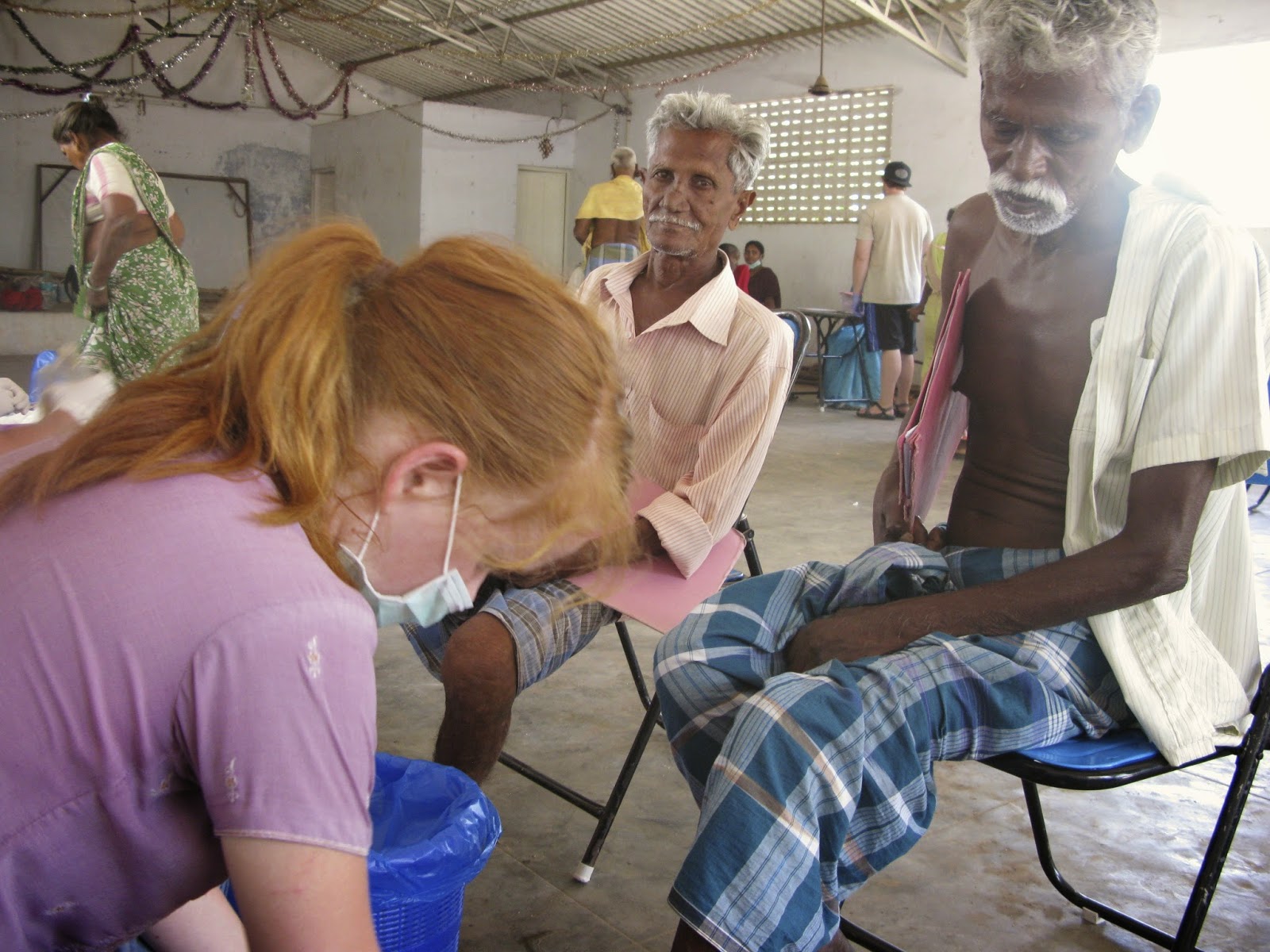 The volunteers all remarked on how amazing it was to see these patients being so positive and optimistic despite their circumstances, so there is a lot to be learned from these incredible people.