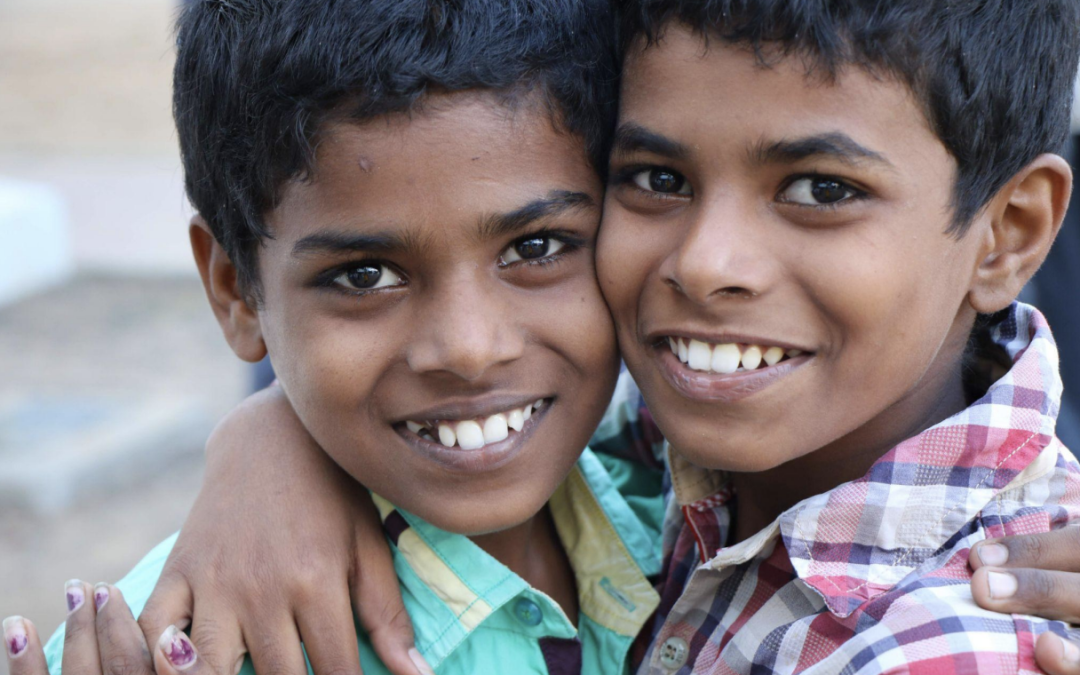 Above: Raj and his brother at our campus (photo from 2020)

Raj* is a 12-year-old boy with a giant smile that lights up a room. He was born in a leprosy community and has just wrapped up his 6th-grade year. That is just a year or so before most kids in his circumstances would be ending their schooling to start working – begging or as day laborers – if they were lucky to get any schooling at all. Gratefully, Raj attends our Peery Matriculation School for Rising Stars and will continue in his schooling to pursue his dream of becoming a police officer, thanks to our supporters. His older brother also attends our school, and these two joyful young men could almost pass for twins. Raj is an outgoing, bright boy who loves computer class and playing cricket. However, his favorite thing to do is read. He especially loves The Jungle Book stories by Rudyard Kipling.

In November of 2021, our leprosy inspector was called on to look at two suspicious patches of skin found on Raj’s arm after he returned to school from being home due to Covid restrictions. The patches were confirmed to be early stages of leprosy. While the disease is less common in younger people, we occasionally still find it in our students or other young children in the colonies we serve. Gratefully, the disease was caught early because our students and the colony members are taught what early signs to look for with leprosy, and our leprosy inspector being able to investigate the suspect signs. Our inspector and doctor referred Raj for treatment with multi-drug therapy to cure the disease. After three months, the patches on his skin started to recede, and Raj is now well on the path to a full recovery. He plays cricket as much as ever, but now without worrying about how leprosy could impact his abilities to play his favorite game. He continues on his path to freedom from this disease and towards a bright future, largely because of you. 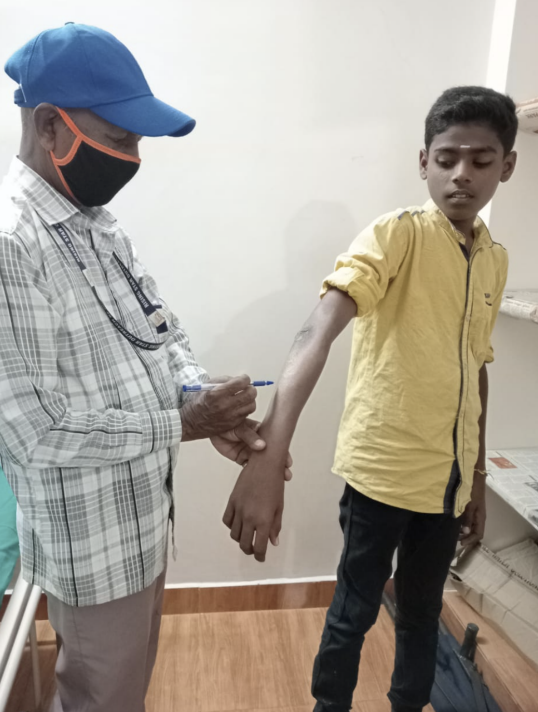 He is just one of over 6,000 people screened for leprosy in the past year by our medical team. Though not every screening results in a new case found (gratefully), each screening does impact the life of a person who is assured their lives will not become beholden forever to the limiting effects of this disease. Thanks to your help, we can stop this disease in its tracks while also helping advance opportunities for children like Raj to step beyond the stigma inflicted on them and their families. We believe this impact is massive for just one person, but you are helping us make this difference in the lives of thousands through our full, three-pronged approach. Thank you for helping save lives, providing life-altering opportunities, and for helping a young boy continue on his way, healthy and hopeful for his future. 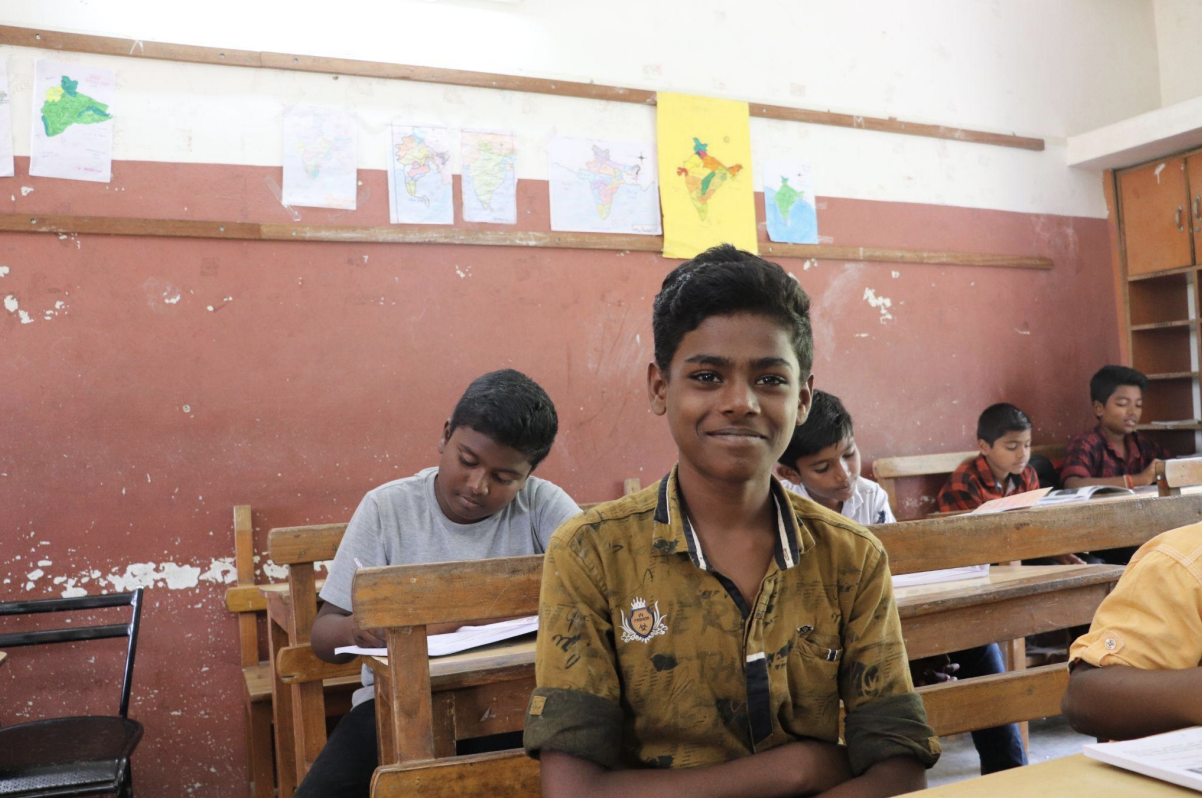 Above: Raj today, in his classroom