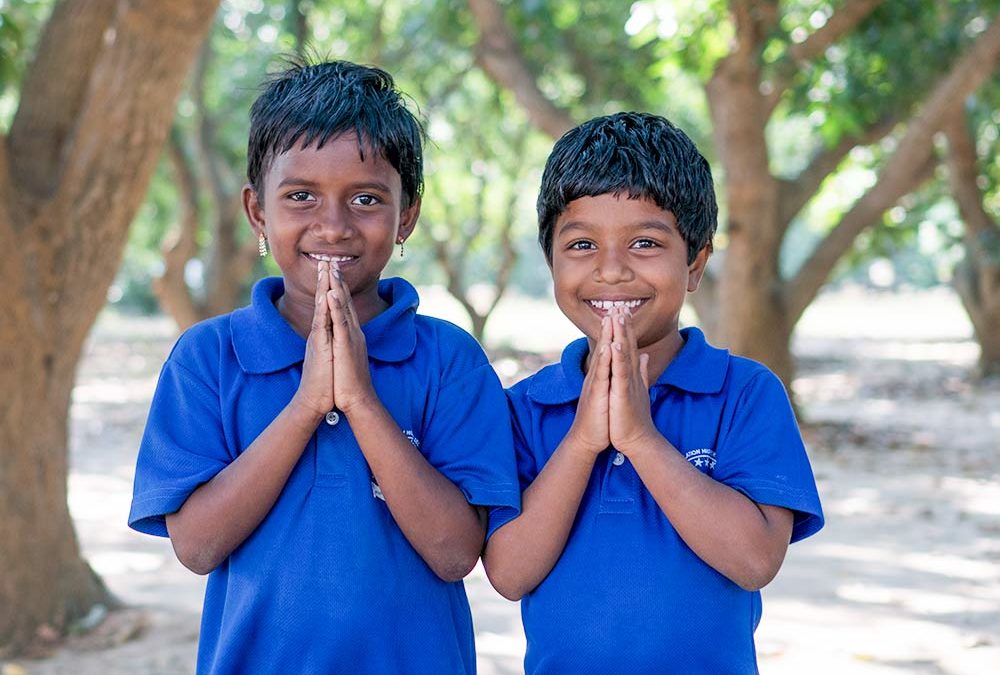 I sat next to a reporter at an exclusive luncheon in New York City put on by Traditional Homes Magazine. This was their annual event to honor “Five Classic Women”. Each year the Magazine had its readers send in nominations for that year’s Classic Women award. More than a thousand nominations were sent in each year, from which five women were eventually picked.

The reporter turned to me and said despondently, “I hate this luncheon. It always makes me feel like I haven’t accomplished very much. The women being honored are always proactive in creating change in the world and in making life better for so many people. I don’t do anything except write a column for a magazine.”

(Please pardon my personal reference here). I actually recognized this reporter as the person who had interviewed me a couple of years earlier when I had received this award. “What are you talking about?” I interjected. “I remember you interviewing me and writing my story. That story reached millions of readers.” She responded that it was hardly even a story. There was only a column down the side of the page that featured a large picture of the person—it was only about four measly paragraphs!
I asked her if I could share a story of someone who wrote to me after reading her four paragraphs about our work in India. She seemed surprised, but hesitantly nodded yes. I told her that several weeks after the magazine came out announcing that year’s Classic Women, I had received an email from a woman who had read the story. She wrote that, like my story, her precious daughter had also committed suicide. She went on to say that her life essentially ended that day. She wrote of the anguish and the agony that greeted her every day as she woke up to an empty house. She sunk into a dark and deep depression. Her sense of loss and worthlessness seemed to permeate her every interaction with others. Eventually, she said she had driven away not only her husband, but all her friends as well.

After living in misery for more than a year, one day she suddenly decided that she actually had a choice. She didn’t have to live in absolute misery this way. She could decide not to wake up any more. And so, she began to plan her own suicide. She researched drugs that would work best and purchased some through mail order.

Once the plans were made and the date was on her calendar, she immediately went into a frenzy of cleaning. She meticulously cleaned out every drawer and cabinet. She organized all her papers. All bills were paid and her desk cleaned off. She emptied every trash in the house and even waited until the day after her weekly trash pickup so that there wouldn’t be trash cans left at the bottom of her driveway.

When the day finally arrived, she unplugged her computer and sat down at the kitchen table with the glass of water and the pills of poison in front of her. Everything was clean and orderly. She was ready and felt okay with her decision, although she couldn’t help the tears that were spilling down her face. Just as she was about to swallow the pills she heard the mail truck pull up and stop at the bottom of her driveway. Dang! She didn’t want to have mail left in her mailbox! Putting the deadly pills down on the table, she went outside to bring in the mail.

When she retrieved the mail, the Traditional Homes Magazine was on top. She noticed that it was the annual issue where the Classic Women were announced. Her curiosity got the better of her and as she walked back up the driveway she flipped open the magazine to see who had won this year. She happened to open to the page with my picture and a four-paragraph write up, which she read as she walked back up the driveway.

She only made it halfway up the driveway. The story of my daughter’s suicide caught her in her gut. She couldn’t stop reading. She stopped halfway up the driveway and fell sobbing to her knees. Clutching the magazine to her breast, she stumbled to her feet and made her way into the house, still sobbing. Through her tears she plugged in the computer which had been shut off and looked up Rising Star Outreach.

She wrote that when the page came up, she hesitantly clicked on the Sponsor a Child page. There she found a little girl with the same birthday as her daughter—a beautiful little child from a leprosy colony in India with big downturned brown eyes and a shy smile. Her heart was captured.

This woman concluded her email to me with the words that she had decided to live in order to sponsor this child through school. “I have trashed the pills. I have a reason to go on. I will do this in my daughter’s name.” I concluded my story to the reporter, “So your four paragraphs saved a woman’s life and gave her the will to go on.”

As I finished my story, the reporter’s eyes, which had widened at the beginning of the story, were now misty eyed and reddened. I told her gently that I had twenty of these stories in a folder on my computer. Would she like me to send them to her? “I can’t believe it,” she whispered in a voice that was barely audible.

“Yes,” I said slowly. “I think you’ll find all these stories touching. Each one was written by a mother or a father who had lost a daughter or a son to suicide. These are the kinds of emails I get every time my story is told—even if it’s only in four measly paragraphs. When you write your stories, you have no idea how many people are touched and how their lives are affected. Please realize that what you do is important. You may never be honored as a Classic Woman, but (I smiled) I don’t believe that God measures success the same way we do here in the world. The truth is that He is able to make great things come of the small things that we each do. So, don’t sell yourself short!”

When I got home from the luncheon, I opened my “responses” folder under the P.R. tab of my email account. I forwarded twenty-two emails to this reporter. Her response back to me a few days later was beautiful. I thought of how she never would have known what had come about because of her work if she had not just happened to be seated next to me that day. She could have lived her whole life and been oblivious of the good that she had done.

Oh, if we all could just happen to sit next to someone who could show us how a kind word or a thoughtful gesture we had made almost without thinking had made a significant difference in someone else’s life! We all have the power to influence others and give encouragement and healing. What we don’t always have, is the knowledge of how that word or action made a difference to someone struggling within. Thoreau wrote that all men live their lives in quiet desperation. Sometimes a mere four paragraphs or a simple gesture can bring healing into another aching heart.

We plant the seeds of kindness with the faith that God will bring the harvest. In our case, we may not ever know what the harvest was until we stand on the other side of the veil and see that no act of love was ever wasted. Four measly paragraphs, seemingly unimportant, saved a woman’s life and gave her a reason to live. The kindnesses that you render may have equal impact as God uses them to lift His children. This is something I believe with all my heart.