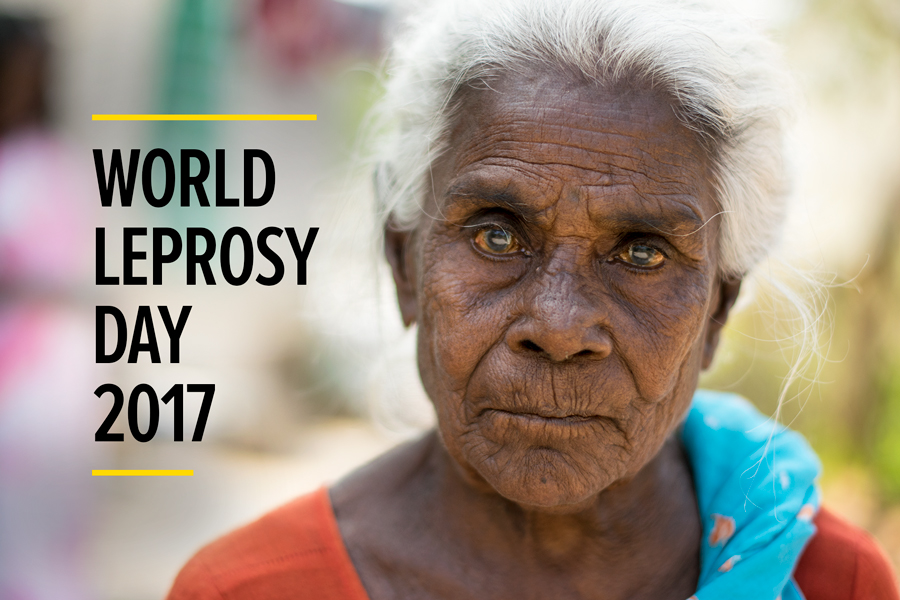 Today is World Leprosy Day, a day of remembrance and awareness that I suspect will go largely unnoticed by so many throughout the world.
Many of our volunteers – as well as friends and family – tell us that they are surprised to find out that leprosy still exists today. Typically, the first questions we find ourselves answering are:
When people learn that leprosy actually curable and incredibly difficult to spread/contract, more questions emerge. Why does it still exist? Why are people shunned and cast out of society and into colonies? Did you know the term “Leper” is actually extremely offensive?
Much of the world does not know that hundreds of thousands are diagnosed and treated for leprosy every year. Many more are left untreated, hiding in fear and shame because of the stigma and discrimination that oppresses the leprosy-affected and their families. So many in the world don’t know there’s a cure. Or that even once a patient has been cured, physical deformities, amputations, and the care of painful wounds continue to be a part of daily life.
Rising Star Outreach exists to help those affected by leprosy to become healthy, educated, and self-sufficient within their communities. By far, one of our biggest challenges is the stigma attached to this disease. One of our main goals is to educate the public and gain global support to overcome the discrimination that forces so many generations to live in such pain.
So what can you do to help eliminate this ancient disease and the stigmatization that comes with it?

4 WAYS TO GET INVOLVED FOR WORLD LEPROSY DAY

One of the most effective ways to educate your friends about the leprosy affected is through social media. Post your thoughts, images, or a video sharing your feelings about the fight against leprosy and social injustice. Share this post, follow our accounts, and make your voice heard.
Use our hashtags to spread the word:
#risingstaroutreach
#leprosy
#worldleprosyday
#beatleprosy
#stopthestigma
#wld2017
#erasethemark

We are proud to say that 100% of your donations go to our programs. We don’t give handouts. We create opportunities for those in the colonies to become self-sufficient. We offer micro-loans to create jobs, perpetual education grants to educate a child, and wound care training and supplies for patients.
Visit our website to Sponsor A Child, donate to the Gift Guide, or get ideas for a fundraiser.

Travel to India on an expedition to witness first-hand how your contributions make a difference. Interact with the students attending the Rising Star Outreach of India school, provide individualized service and compassionate care for leprosy-affected people in the colonies, and experience the culture of the country.
Many report that these sessions help them to feel enriched physically, mentally, emotionally, and spiritually. When you return, invite your friends over to share your experiences in India.

Education is stigma’s greatest opponent. Simply teaching your friends and family (and encouraging them to do the same) about the history and true cause of leprosy is a start. Let your friends know that the term “Leper” is as offensive as the “n” word in America and introduce them to more appropriate terms.
“Person affected by leprosy” or “leprosy-affected” are both terms that appropriately focus on the humanity of the individual and are not inferring that they are their disease. 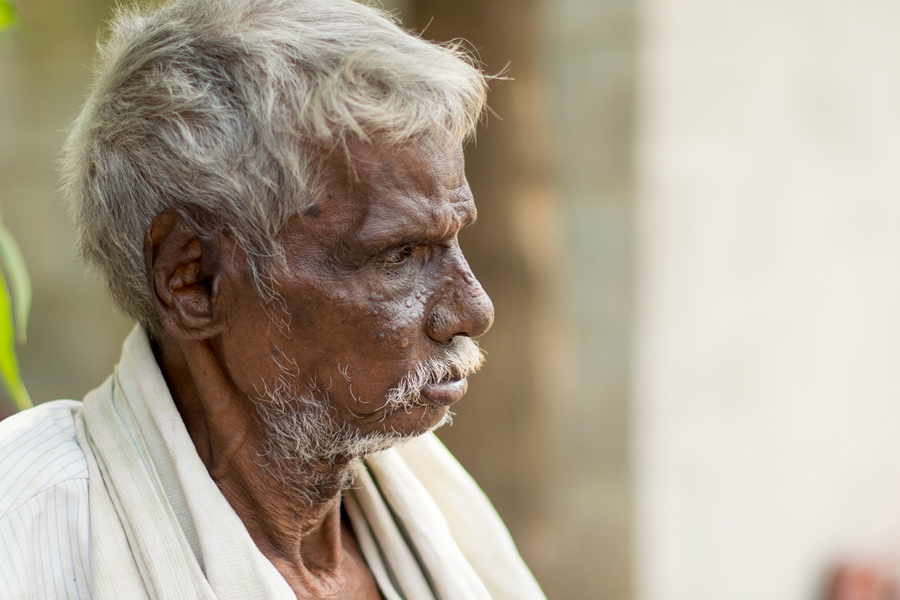 Leprosy is an infection that is the result of long-term exposure to the bacteria Mycobacterium leprae or Mycobacterium lepromatosis.
Depending on the length of time a patient has gone untreated, the following symptoms may develop:
The cause of leprosy was discovered in 1873 by a Norwegian scientist named G.H Armauer Hansen. Until that time, most experts on the subject considered leprosy to be a hereditary disease. However, Hansen suspected its cause to be a specific, contagious agent and after prolonged studies, he discovered a foreign bacterium not found in uninfected skin cells. These bacterium were found to be the cause of leprosy, now known as Hansen’s Disease. 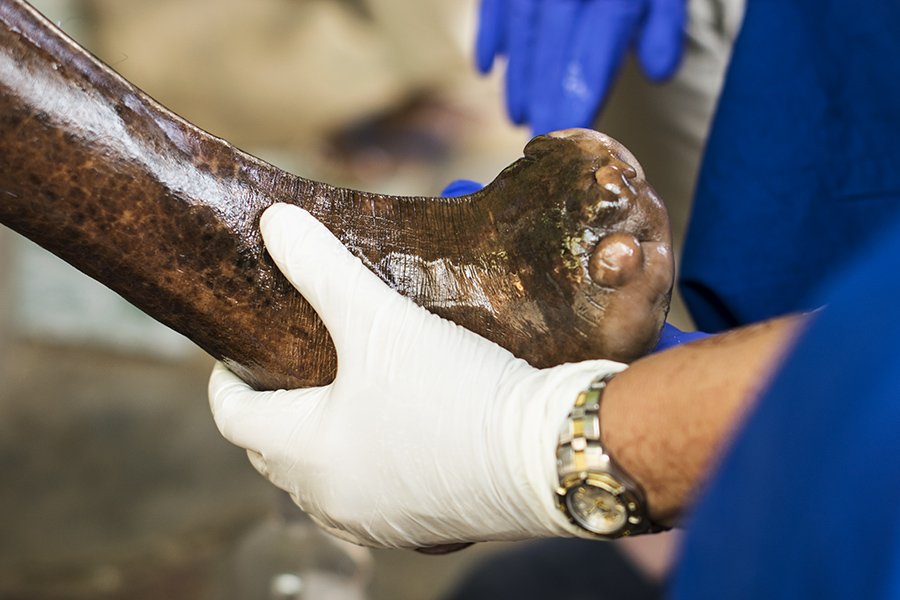 Yes. After Hansen’s discovery, it took doctors and scientists over 70 years to develop a cure for leprosy.
Leprosy is curable with a treatment known as multi-drug therapy (MDT). Treatment can last from six to twelve months, although a patient is considered non-contagious after just 1 to 3 months of treatment. These treatments are provided free of charge to all endemic countries by the World Health Organization.
If the patient has developed deformities before treatment was started, those deformities can be corrected only by surgery. If the treatment begins before deformities develop, the condition can be completely cured without leaving any visible evidence on the body.

CAN I CONTRACT LEPROSY?

Not likely. A genetic component of the disease means that 95% of the general population is naturally immune to leprosy. Those 5% who are susceptible must be in continuous and constant contact with a leprosy patient to contract the disease.

WHY IS THERE SUCH A STIGMA AGAINST THOSE WITH LEPROSY?

Leprosy is an ancient disease that has been feared and misunderstood for thousands of years. Skeletal remains from the second millennium BC, discovered in 2009, represent the oldest documented evidence for leprosy.
Nearly all of the ancient world predominantly believed that people infected with the disease were unclean, untrustworthy, and morally corrupt. It was considered a punishment from God for sin, a result of promiscuous behavior, or a curse on your family because of past wrong doings.
Besides considering an infected person to be evil, most believed that leprosy was extremely contagious and – upon discovery – a person with the disease was immediately cast out of the home and community (if not beaten and killed). For a person living with leprosy in India, they were considered the most lowly of all creatures and were deemed “untouchable”. Even their shadow was considered vile and unholy and a person could be flogged for letting their shadow cross a “clean” person’s path.
In the late 1880s, doctors believed that contracting leprosy was hereditary. This widely accepted theory led to isolating those infected and segregating them by gender to prevent reproduction and further spread of the disease.
Even with modern medical treatments and education efforts, the stigma attached to a person with leprosy continues to be a serious problem in many developing countries – most especially those with large numbers of impoverished, marginalized citizens and communities. Many people in the early stages of leprosy actually avoid getting seen by a doctor. Sometimes it’s because the hospital won’t admit them, or they’ll be ridiculed and treated horribly there. Quite often, though, it’s because a diagnosis of leprosy might mean losing their job, their family, and their place in society. 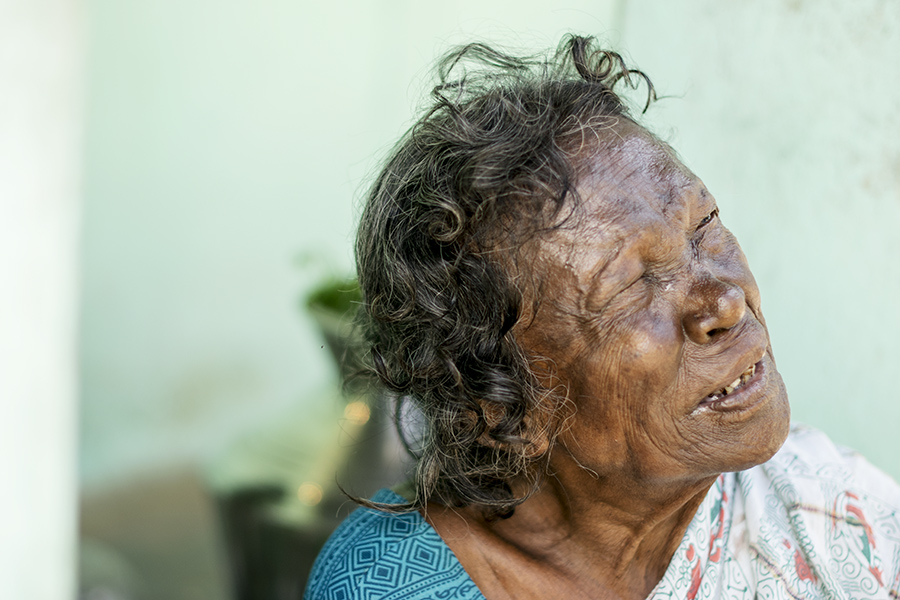 Despite so much suffering, there is hope. In the communities where we work, we’re seeing education and life-skills blooming. We’re seeing small businesses take root and enjoy some success. Families are being strengthened. Youth are attending school, graduating, and even continuing on to college. We’re seeing the men, women, and children who used to beg on the streets becoming artists, entrepreneurs, and community leaders.
We are seeing entire colonies lift themselves out of the darkness.
There is still so much work to do. Thank you, to our readers, for all the ways you continue to get involved. 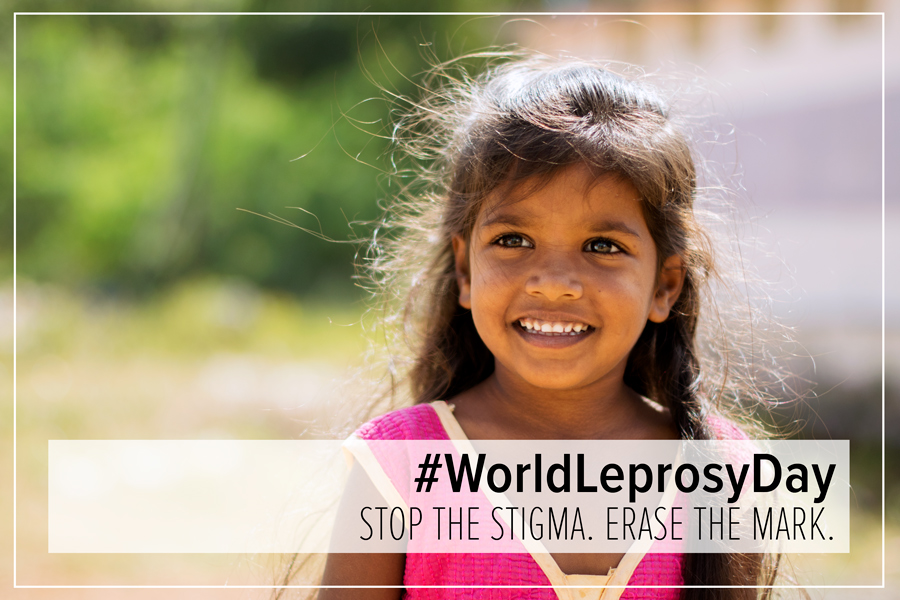