Padma Venkataraman: A Catalyst for Change

Today we wish to highlight and honor a woman who truly has changed the world: Padma Venkataraman. Padma has played a vital role in helping Rising Star Outreach become what it is today. Her influence at Rising Star Outreach, and many other organizations across the world, will continue for generations. 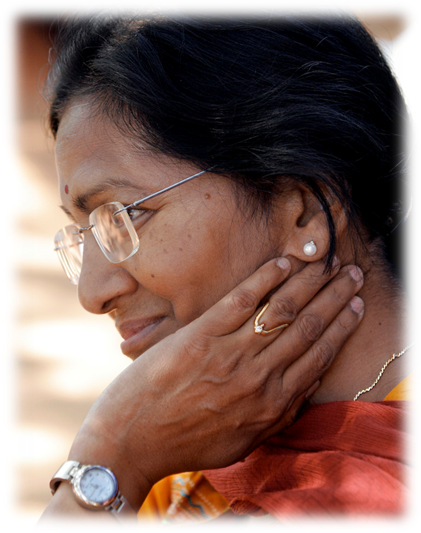 While I was in India I had the privilege of speaking to Padma over the phone. During our conversation my heart was touched as I got a sense for the genuine love and concern she has for all people. It is my hope that you will come to know Padma as I now know her. I have been inspired by her words and have been motivated to do all I can to make a difference in this world. You can come to know Padma more be reading this transcript of my interview with her.

Padma, with your background as the daughter of the former President of India, you could live a life of luxury if you wanted to. Why did you choose the path you are on?

This is the question I am asked time and again … I don’t really have any answer other than I feel like it is God’s call. I really don’t have a specific reason. While I was living in Austria I came to India on holiday and noticed the leprosy-affected people begging at the traffic light. This is not the main reason why I really started and took it so seriously. But after seeing these people beg, I thought if I give them five rupees, it is not going to affect me much, but when they are hungry again they will be back to square one. They will have to come back to beg again. I thought I should either give them a viable alternative to begging, or I should give them some cash. When I went back to Vienna I thought again and again, what could I do? How could I help them? Is there really any way they can be self-sufficient?

What was your first step toward helping those afflicted with leprosy?

My first experience to leprosy work goes way back to 1964. At the request of an organization working for the leprosy-affected people, I promoted wooden toys made by leprosy-affected people. It wasn’t until I was living in Vienna that it really hit me hard and I wanted to do something permanent. I did not want to just give away cash or food. I felt very strongly that anything given free-will has no value. I really wanted to give them something sustainable so they would not have to resort to begging at all.

My first idea was to go to a small colony in Delhi and convince them to be productive members of the society. This concept was totally new to them. They protested saying there is stigma attached to this disease and no one will buy products made by them. They insisted that I should help them by giving clothes, food, blankets etc.

I spent lot of time with them to make them gain self-confidence.

Eventually they came forward to try out the new idea. I talked to government officials and was able to get them free training on how to make detergent. I put in my own money for the initial supplies, and soon we were able to find buyers to buy the detergent in large quantities. This is how I started my very first program. Soon other colony people started contacting me wanting to do something similar. Shahdara Colony in Delhi, the largest colony in the world with 4,000 leprosy-affected people, is transformed into a village bubbling with economic activities. 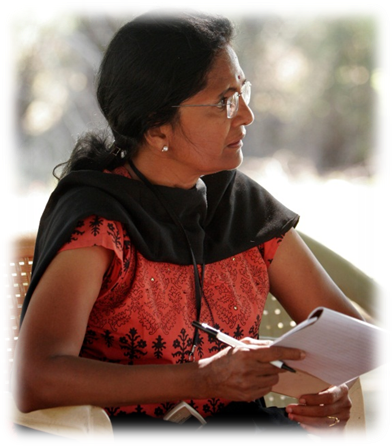 How did you find out about Rising Star Outreach?

From 1995-2002 I was the director of Women’s Indian Association-DANIDA (Danish International Development Agency) Project for socioeconomic rehabilitation of leprosy-affected people. Ten homes run by government and 30 colonies were taken up. Agricultural and dairy projects and micro grant program for income generating activities were taken up. Training for self governance was given. A revolving fund was created whereby sustainability of the project was ensured.

Two volunteers from Rising Star Outreach were going from colony to colony helping them, giving them rice and beans. While interacting with the colony people my name and the micro grant program were mentioned. So they called me one day and said, “We have heard about you and want to do something really useful. We heard about your micro credit program, can we meet with you?” I said, “By all means. My policy is that I don’t want to give anything away for free because anything that is given away for free has no value. This is my principle.”

Then they wrote to Becky and gave her a report of my project I just completed. I was also going to Washington D.C. to meet my daughter. So they told Becky, and I ended up meeting with her in Washington D.C. That is how we met. During our meeting we talked about our dreams, mission and vision and more than anything else we became good good sisters from two different continents.

Without you Rising Star would not be what it is today. What role did you play in helping Rising Star Outreach in the beginning?

I am so happy to be part of Rising Star Outreach from its inception. Becky was keen to start the rehabilitation work without any delay; she also had enough funds to start the work. Her enthusiasm was very infectious. But to bring in foreign money into India we have to fulfill certain rules and regulation. Women’s Indian Association was willing to partner with Rising Star Outreach India to facilitate to start the work. Then we obtained our FCRA (Foreign Currency Regulation Act) permission. Now in a short period of 10 years what RSO has accomplished is really a history. 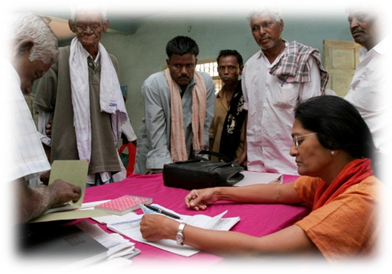 Are you working with organizations other than Rising Star Outreach?

Gandhi Peace Foundation is trying to approach the school children to teach Gandhian principles. We visited and interacted with the Rising Star Outreach students. We may not be able to stop war between two nations, but definitely each one of us can practice peace in our own small way. One example is this: there was electricity failure. The grandfather grumbles. The father shouts because his work is disturbed. The mother complains that she cannot finish her cooking. The young boy of the house, who has attended workshop organized by Gandhi Peace Foundation, quietly brings lighted candles to everyone. Peace is restored in the home.

Where did you learn the principles you are spreading throughout the world?

Probably from watching my father while I was growing up. My father often had many people come to him with their problems and he would help them and come up with solutions. Because of him, when I was really young I thought I wanted to be a medical doctor so I could help everybody.

My mother was also influential. She had a wide vision. Once when I was visiting from Vienna she had just purchased a new car. I was going to visit a colony, and I didn’t have a car, so I was going to rent one. Then my mother said, “Why don’t you use the new car?” I told her, “I thought you would like to take the new car to the temple today.” She said, “Serving these people is serving God. You take it.” I will never forget that. She had so much compassion.

That is another question I get all the time. I am sure God must have put it in my head. I have no other answer. Twenty-five years ago no one really talked about giving loans to beggars. Today, I am very pleased because the funds that were initially given to the colonies are still in place. The money is going a long way. The leprosy-affected people themselves are managing the whole operation. 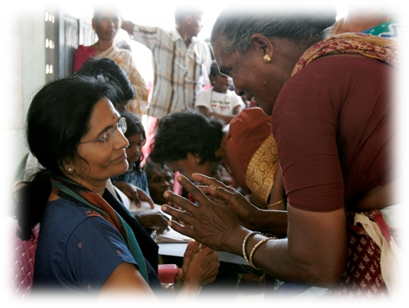 Would you say the women or men are better at the micro loan program and why?

The women are definitely better. They understand that if they don’t repay, then they don’t get more funding. The women Self Help Group (SHG) has really empowered them. Once they gained economic power the men started respecting them. Women are more responsible: they use their income for education of children and to improve the health of the family.

What can someone like me do to help the micro lending program?

Every one of us can lend a helping hand to lift others from poverty and degradation. What they need is an opportunity, not sympathy. They need training in economic activities, financial support to start a business and marketing facility for the finished products.

Most important is to spread awareness among the public that leprosy is not contagious: it is curable. The affected people should be integrated into the mainstream. 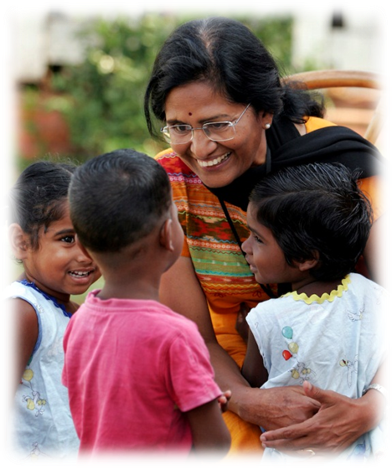 We must have faith in ourselves. Everyone can contribute, however small it is, to make this world a better place to live.

Thank you Padma for taking time out of your busy schedule to talk with me and help us get to know you better.